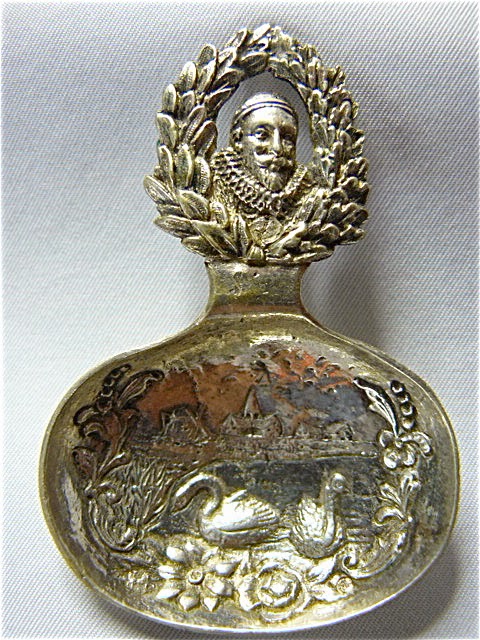 Willem of Orange was a ambitious nobleman and rebel who later became known as the father of the fatherland and founder of a new Dutch state.
He was born in 1533 at Dillenburg Castle, his father was Count of the German principality Nassau-Dillenburg, his mother was Countess Juliana of Stolberg.

In 1544 the his cousin Rene Chalon died childless and left all his possessions to Willem including the principality of Orange in France.
From then on Willem was allowed to be known as the Prince of Orange.
He was raised Lutheran but emperor Charles V demanded that the young prince would be further raised as a Catholic.

From 1555 Orange acquired high positions; Military commander, a member of the Council of State, Knight of the Order of the Golden Fleece and Governor of the provinces of Holland, Zeeland and Utrecht and thus became one of the most influential nobles in the Netherlands.

His relationship with Philip II king of Spain and lord of the 17 provinces of the Netherlands and the successor of Charles V, however, deteriorated rapidly. Orange became the main spokesman of the noble opposition party.

From 1568 he carried out several military raids in the Netherlands to put an end to the reign of the Duke of Alva the Spanish ambassador. Also through propaganda (pamphlets, battle songs, prints) he conducted this fight. From this the Dutch national anthem was born “ het Wilhelmus”. Initially he was unsuccessful, but succeeded from 1572
In 1580 the Spanish king Philip put a reward on the head of William of Orange. William responded with a (defense) the scope of these writings was the same: their resistance was justified because the king was behaving like a tyrant.
On July 10, 1584 the Catholic, Balthasar Gerards shot and asassinated William of Orange.
William seemed to have achieved nothing, but twenty five years later the rebellious provinces had evolved to a self-confident Republic and William of Orange was regarded as the founder of this new state.

IN 1933 they celebrated his 400th birthday and many souvenirs were made here are some from our collection: 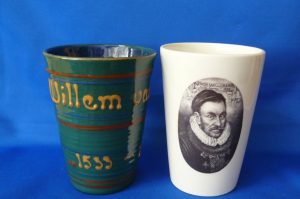 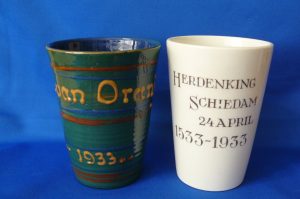 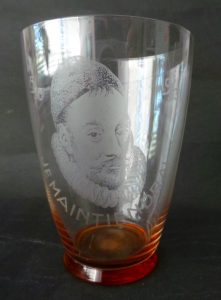 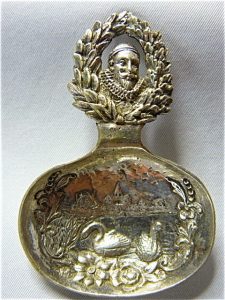 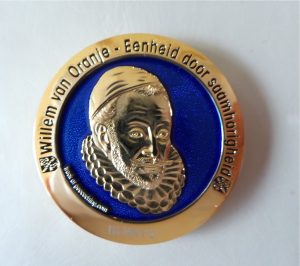