Opening exhibition “The Century of Juliana” 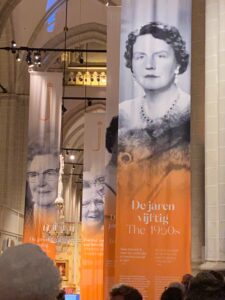 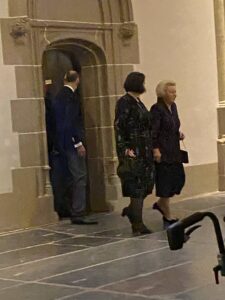 Princess Beatrix has opened the exhibition about her mother “The Century of Juliana” in the Nieuwe Kerk in Amsterdam. We were invited because we did part of the audio tour commentating on the section where a number of Dutch royal memorabilia plates are presented; our seats were in the reserved section in row nine with a great unhindered view of the door where H.R.H. entered.

Around half past six, accompanied by a fragment of her mother Queen Juliana, giving her inauguration speech, the princess entered the church through a side entrance.

The evening began with an opening speech by the director of the Nieuwe Kerk. This was followed by a speech from Anna Eleanor Roosevelt, a granddaughter of the former First Lady Eleanor Roosevelt, the wife of the President with whom Juliana was good friends. 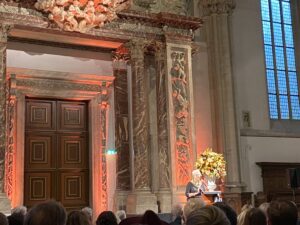 After this there was a performance by a gospel choir who sang two songs.

Then it was the turn of the princess to open the exhibition, she did this by pressing a red button enabling a large canvas with a portrait of her mother to descend.

The princess and her retinue then leisurely visited the exhibition, after which the invited guests were allowed to follow.

The exhibition gives a broad insight into the life of Juliana through the years, with many personal items such as clothing, hats and famous spectacles. Also many photos and film images, etc. all beautifully executed.

It was a glorious evening, we had a thoroughly good time.

A beautiful book has also been published to accompany this exhibition. 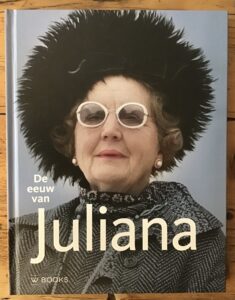 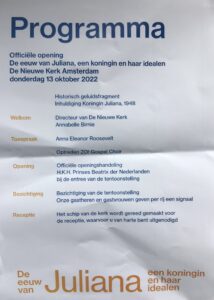 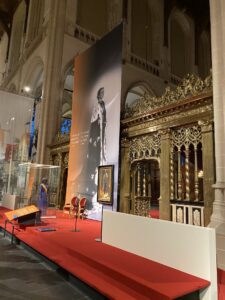 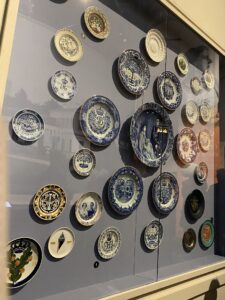