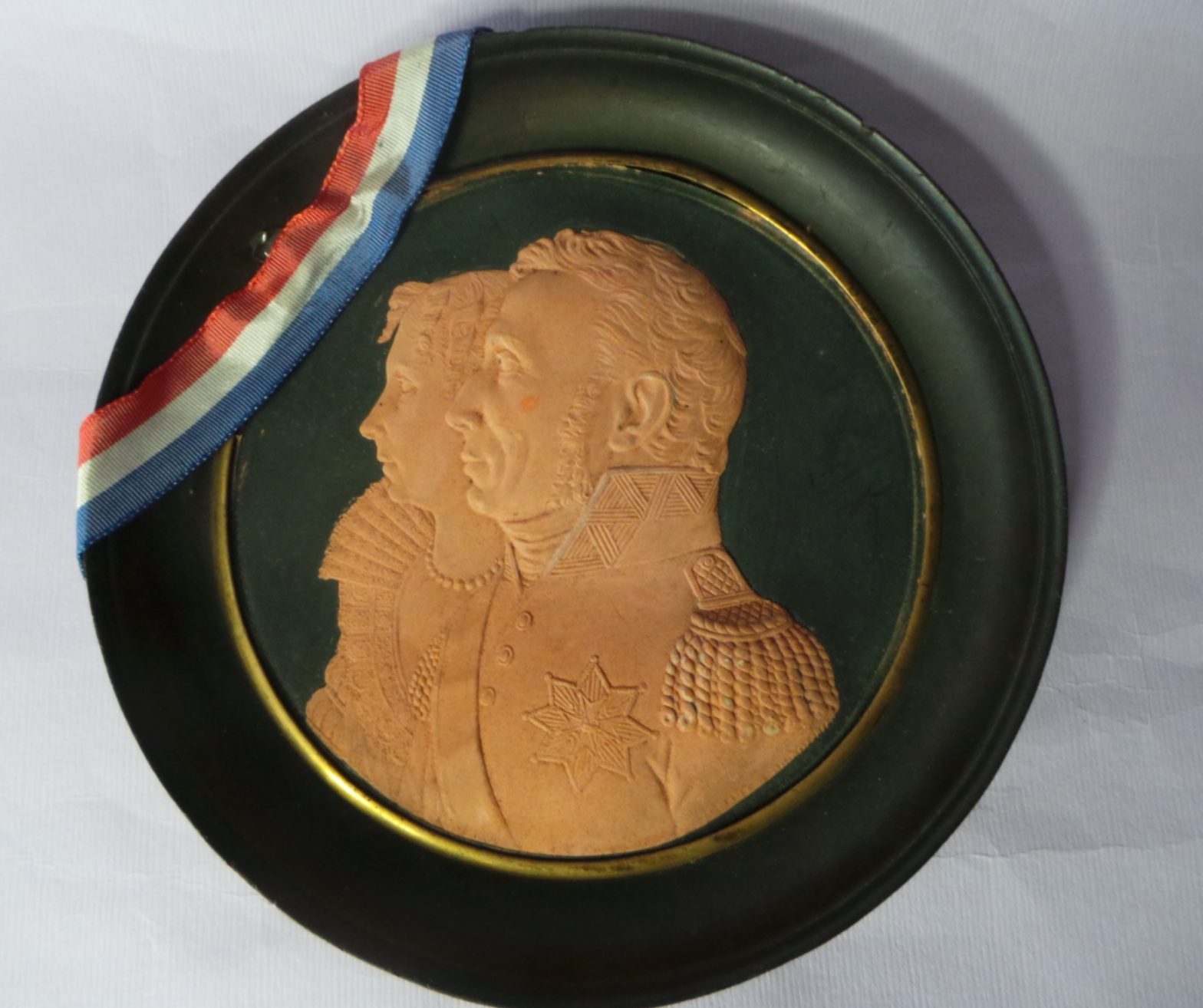 Wilhelmina Princess of PRUSSIA was born in Potsdam in 1774, by her marriage on 1-10-1791 to William Frederick, Prince of Orange Nassau and the later King William I she became queen consort of the Netherlands in 1815. From this marriage two sons and two daughters were born, of whom one died young; 2 dead children were born.

This was an arranged marriage and was part of a political agreement to boost the prestige of the House of Orange-Nassau in a weakened Republic. However, this did not mean that this was a marriage that lacked personal affection. After the wedding the couple moved to the palace Noordeinde in The Hague. Four years later they fled to England due of the French invasion.
In 1802 Wilhelmina and William were given (via Willem V)  the principality of Fulda in Germany. With the death of his father 1806 Willem became head of the House of orange.
In 1814 they settled in The Hague. Her friends and family called Wilhelmina Mimi.

In 1815 Wilhelmina officially became queen consort of the Netherlands. Up to 1830 she commuted to her court between four residences: winters were alternately spent in The Hague or Brussels, summers at Het Loo palace or in Laeken (now Belgium). In 1830 the southern part of the Netherlands became the independent country of Belgium and thus travelling between the two courts came to an end. Wilhelmina was a lover of art and embroidered and painted quite well.
Wilhelmina was queen consort for 23 years. In this role, she remained in the background. From the 1820’s her health deteriorated, but this did not prevent her attending important family events in Berlin. Her last trip was in the spring of 1837, when she attended the baptism of her grandson. On October 12th of the same year Wilhelmina died at almost 63 years of age at Noordeinde Palace. Fourteen days later, she was interred in the royal crypt at the Nieuwe Kerk in Delft.

We have in our collection two items related to Wilhelmina of Prussia. First a  cup and saucer made of Brussels porcelain with her portrait  from 1830. Made at the time when the southern part of the Netherlands became the  independent country of Belgium. Second a plaque made of papier maché 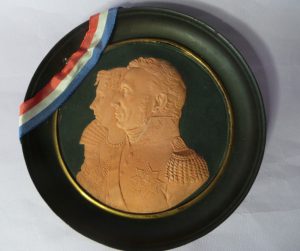 plaque made of papier maché with portraits of Wilhelmina of Prussia and her husband King Willem I ca 1815.