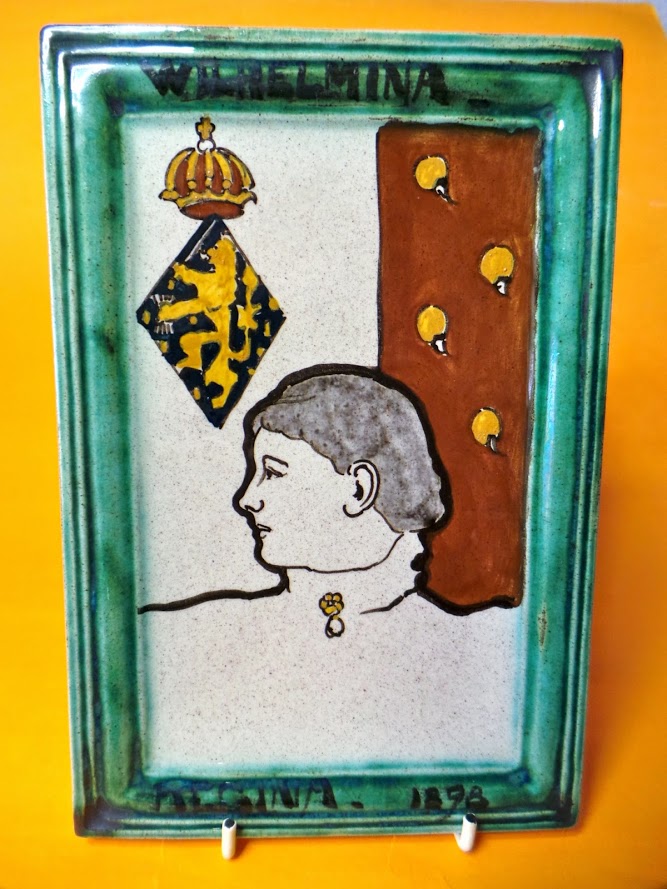 In 1883 the German Wilhelm von Gudenberg started the limited liability company ‘s Gravenhaagsche pottery factory. Before this he learned his trade at the famous Porceleyne fles factory. The intention was to make Delft Blue and colored pottery, but that changed in 1884.

In 1884 A.C. Colenbrander was contracted as artistic manager. He made revolutionary designs and items from this period are still considered as highlights of the Dutch pottery industry. In 1896 they changed the name to Haagsche pottery Rozenburg. The quality and designs from the pottery got better and better.

In 1899 they started with the new eggshell porcelain. This became a huge success. But in 1914 world war one broke out and materials to make the products were hard to come by and production stopped. The factory closed in 1916.

We have in our collection a rare tile made by the factory in 1898 to commemorate the inauguration of Queen Wilhelmina. This is a rare item, not many were made. The crown on the reverse of the tile indicates the period in which the tile was made. This was used from December 18 1897 until December 15 1898. We don’t know who the designer and/or painter were of this tile so any information is welcome. 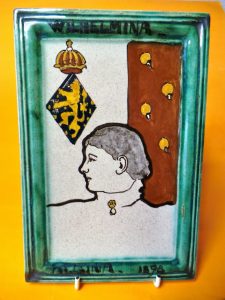 Rare Rozenburg pottery tile made to commemorate the inauguration of Queen Wilhelmina in 1898. 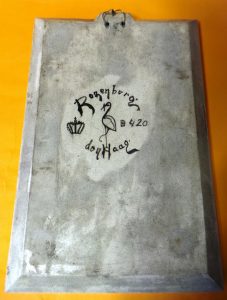