Queen Wilhelmina and the Peace movement 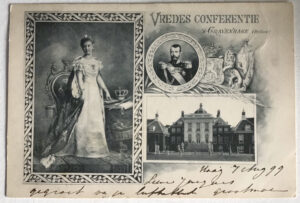 In the 19th century, large groups of citizens had started campaigning for peace.

However, the main large countries believed that they could solve their problems themselves and did not want interference from any third parties.

It therefore, came as a surprise when Russian Tsar Nicholas II invited countries to an international peace conference, on the advice of his adviser Ivan Bloch.

At the beginning there was not much enthusiasm, but under pressure from the peace organizations the invited countries reacted positively.

A suitable location was sought; it was decided not to locate it one of the large countries to preserve and promote impartiality.

It was eventually proposed to locate it in The Hague, the political centre of The Netherlands. Why is not entirely clear; possibly because the Netherlands was neutral and easy to reach by train or boat. It was also possible that family ties between the tsar and Queen Wilhelmina was a deciding factor.

In her speech at the opening of parliament in 1898, Wilhelmina said this about it:

“It is with special pleasure I received the proposal from His Majesty the Emperor of Russia to hold any conference at which representatives of all the world’s powers will discuss the limitation of military equipment.”

The Queen initially had mixed feelings about this honour because it implied that The Netherlands was not recognized as one of the “big” countries/powers. Nevertheless, she made Huis ten Bosch Palace available as a meeting room.

The conference began on May 18th; the birthday of initiator Tsar Nicolas II, and ended on July 29th 1899. One of the decisions was the establishment of a permanent court of arbitration that was later located in the Peace Palace in The Hague. On July 6th, everyone left for Amsterdam by train, where Queen Wilhelmina offered them a gala dinner in the Moses room in the palace on Dam Square.

As a result of this first peace conference, Rozenburg pottery bakery made five Peace Vases. Two of the vases have a monogram of Tsar Nicholas II and Queen Wilhelmina. On the other vases are paintings of Huis ten Bosch palace, the Vijverberg in the Hague and the Groenburgwal in Amsterdam. These vases are now to be seen in the Peace Palace.

The second peace conference took place in 1907 in the Ridderzaal in The Hague, where the foundation stone was symbolically laid for the construction of the Peace Palace. Thanks to a large donation from the American philanthropist Andrew Carnegie this palace could be built.

A third conference was to take place in 1915 but ironically was canceled due to the First World War.

The opening of the Peace Palace played an important role in the festivities surrounding the celebration of one hundred years of independence of The Kingdom of The Netherlands.

The Peace Palace is still the permanent court of arbitration, the international court of the United Nations, etc.

Below are some souvenirs from our collection: 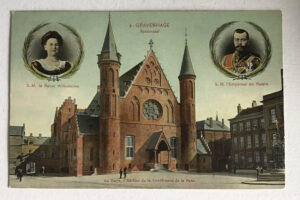 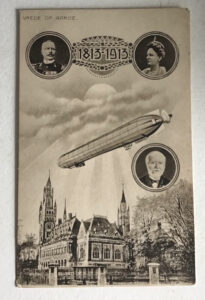 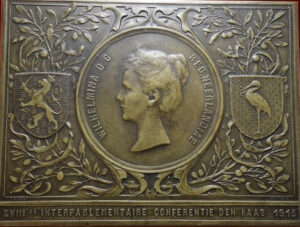 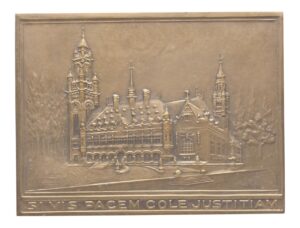 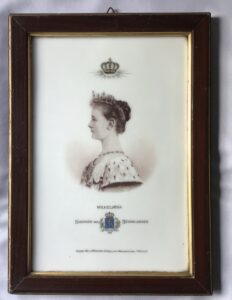