A medal of honor is an award in the Netherlands.

The term is used for medals that one can sometimes wear and sometimes not.

Both governments and private organizations issue tokens and medals.

For centuries, Emperors and Kings have struggled with the difficulty of rewarding their subjects who had achieved a special achievement. This has been the reason for creating certain orders. Persons who had shown their loyalty were included in special groups of knights. In the first instance, the knight orders often had religious or charitable goals, later also political. Some knight orders still exist.

In the Netherlands, Royal awards have only existed since 1815 with the introduction of the Military William Order and the Order of the Netherlands Lion, the latter being for loyal and deserving citizens. There were 3 catagories. In the 19th century, the medals were made of solid gold.

The Order of Orange-Nassau was established by Queen Emma on April 4th 1894, as there was no order in the Netherlands that could be awarded for less important merits. These were in bronze silver and gold. The Medal of Honor with swords was mainly awarded to petty officers.

You don’t just get a royal award; it is preceded by a detailed process.

More information about this can be found on the website of the Chancellery of Dutch Orders.

A Royal Award must be returned after death. Many people do not know this, which means that they are occasionally offered for sale and end up with collectors.

On the occasion of a special event at the Royal House,remembrance medals are issued to people who have committed themselves to the event or experienced it, for example, a royal wedding or inauguration.

A commemorative token is often made in memory of a famous person or a historical event and is a typical Dutch tradition.

A commemorative token often has a two-sided relief. Well-known designers often create these tokens, such as in the past by Chris van der Hoef or J.C. Wienecke. They are often executed in bronze and/or silver.

There are also prize medals that are awarded as a prize for, for example, a sports performance or winning a music competition. 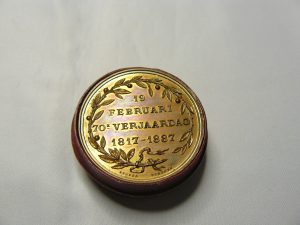 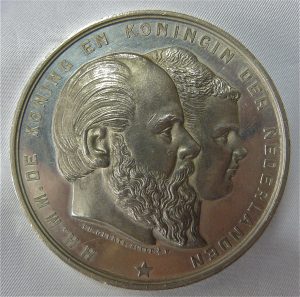 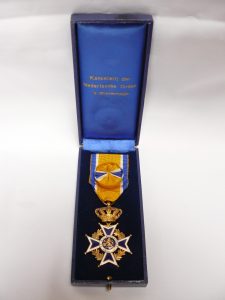 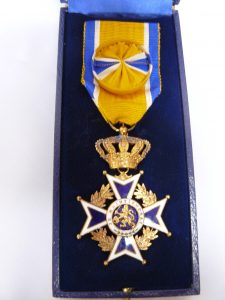 Medal Officer in the Order of Orange-Nassau.

Honorary medal associated to the Order of  Orange-Nassau in gold with swords. 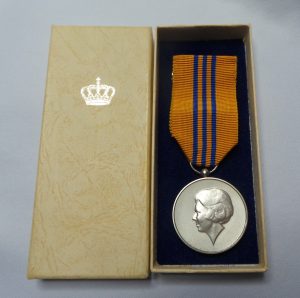 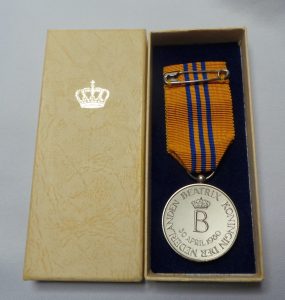 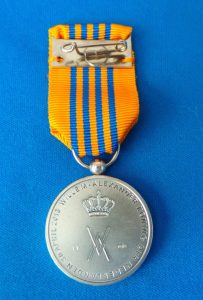 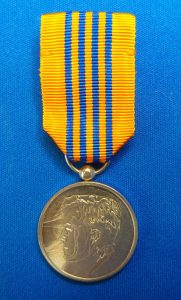