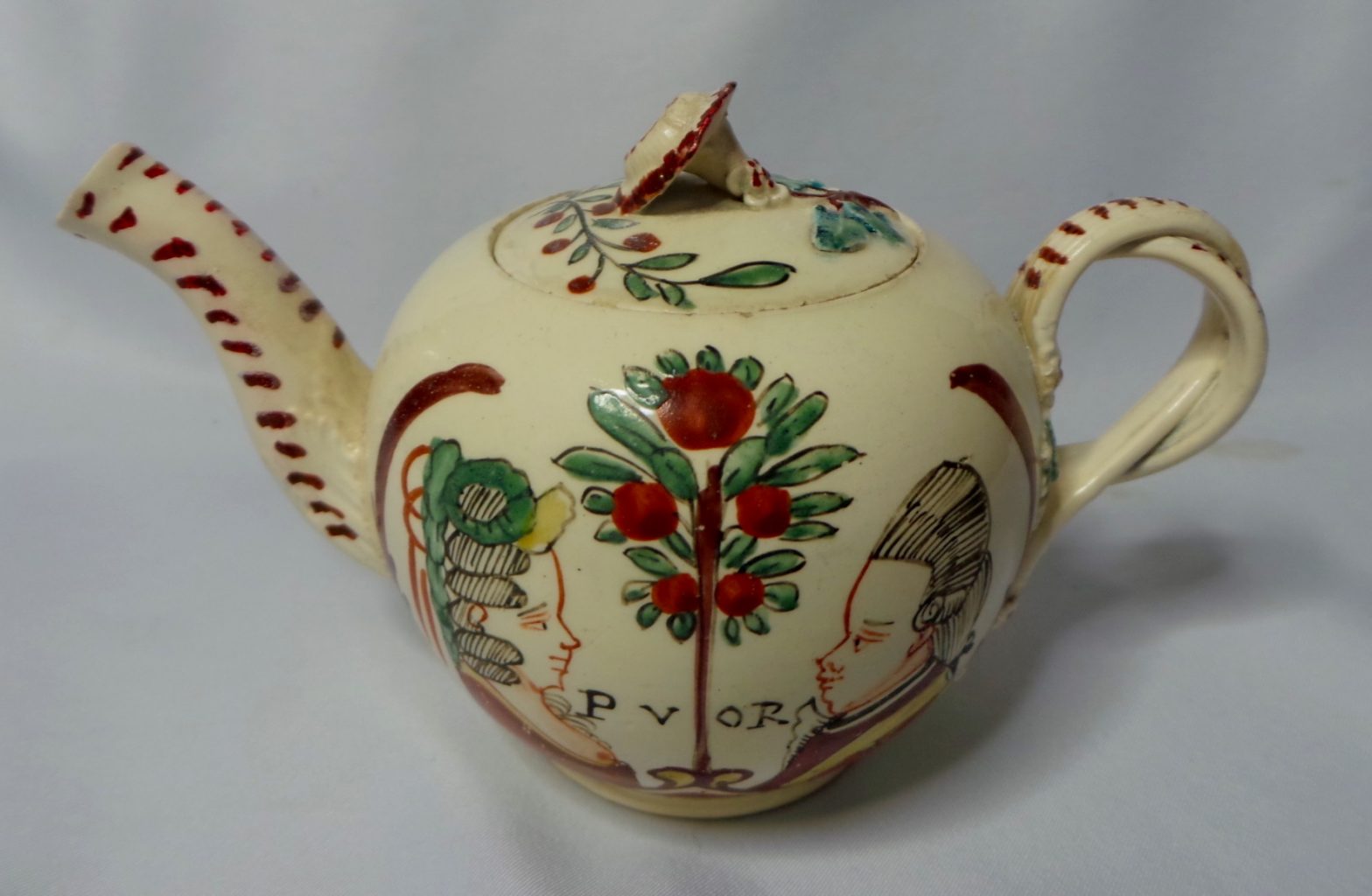 Many people have a Royal commemorative somewhere in their home, This was no different at the time of the Dutch republic in the 18th century.

There were many items made with portraits of stadholder (Steward/Luitenant) prince Willem V and his wife. This was however not so innocent as it is nowadays. Having objects at home with reference to the House of Orange was a political statement. It showed if you were a Orangist (someone who is loyal to the house of Orange) or a Patriot (citizens who were trying to stop the political ambitions of the stadholder).

In the 18th century they found a special clay in Staffordshire England, from which they made creamware, a cream coloured pottery.

Josiah Wedgwood established a factory in Burslem in 1759 to produce this creamware. It became very popular in the Netherlands and the Dutch imported the products in large quantities.

The blank pottery such as plates, cups, teapots etc were then decorated in Holland often with portraits and motto’s of the house of Orange.

A lot of items with Prince Willem V and his wife Wilhelmina were made, more than any other Dutch royal previously.

Next to their portraits were their initials in black e.g PVO stands for Prince of Orange and FSW stands for Frederica Sophia Wilhelmina.

In our collection we have the following English creamware items: 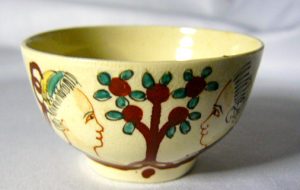 Small bowl made ca 1770 for Stadholder willem V and Wilhelmina of Prussia. William V, Prince of Orange-Nassau (Willem Batavus; 8 March 1748 – 9 April 1806) was the last Stadtholder of the Dutch Republic, and between 1795 and 1806 he led the Government of the Dutch Republic in Exile in London. He was succeeded by his son William I. 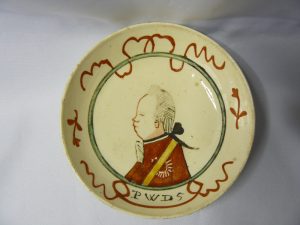 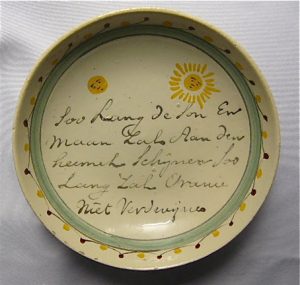 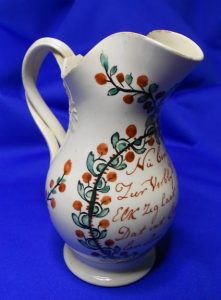 Small jug made in 1772 to celebrate the birth of Willem the son of stadholder Willem V and Wilhelmina of Prussia he later became King Willem I of the Netherlands. 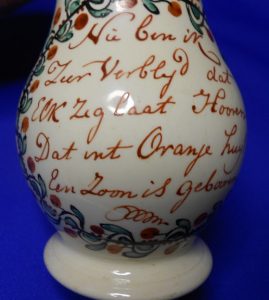 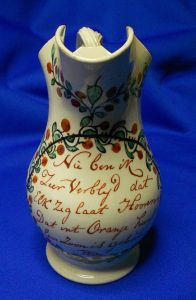 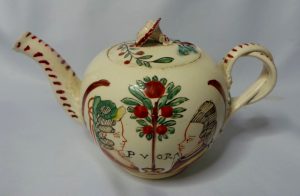 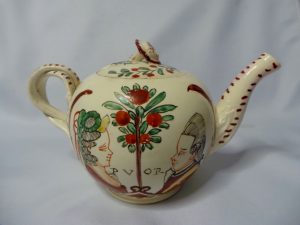