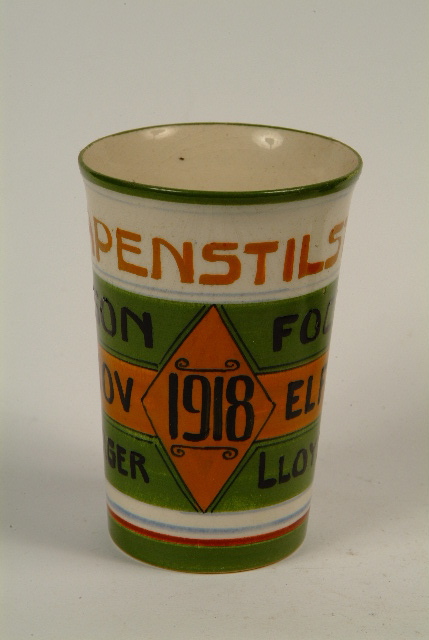 The Dutch stayed neutral during world war one for which Queen Wilhelmina was very pleased. The Queen had strong feelings for the army a tradition going back to her ancestors. Her pleas for a strong defense during WW 1 led to many conflicts with her government.

In September 1939 WW2 broke out in Europe. The Dutch wanted to remain neutral again, but the Germans entered the Netherlands in the 10th of may.

The Queen knew in advance of the attack of which the main purpose was to capture the members of the cabinet and the Royal family, this failed.

The Queen made sure that her daughter Juliana fled to England on the 12th of may 1940. Later she went on to Canada where she remained with her daughters until after the war.

Souvenirs were made to commemorate both wars.

A rare beaker made in 1914 to commemorate the mobilized troops who stayed  at fort Bij ‘t Hemeltje near the city of Utrecht during WW1. This strong point was built ca. 1880 to withstand any attacks.

Two plaques were made to commemorate the time Queen Wilhelmina spent in London. The end of WW2 was celebrated with many souvenirs, such as this rare beaker showing the flags of the countries that liberated the Netherlands also an ashtray made out of the metal from the containers, which was used to drop food out of the airplanes on The Netherlands during WW2. 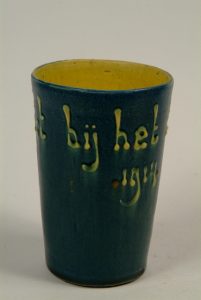 beaker to commemorate the mobilized troops who stayed at fort bij het Hemeltje 1914. Made by Mobach pottery Utrecht 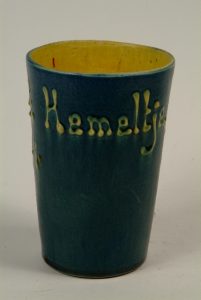 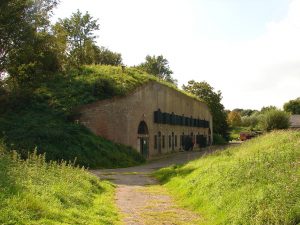 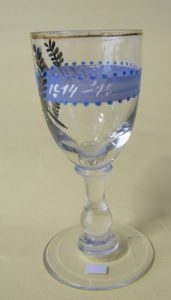 glass to commemorate the mobilization 1914-1915 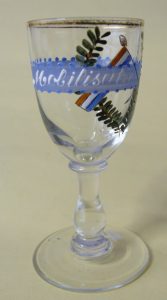 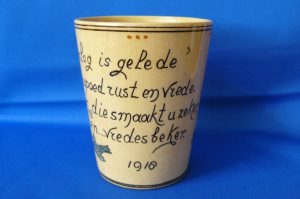 beaker to commemorate the armistice of 1918. Made by Zuid holland Gouda 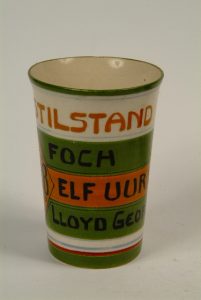 very rare beaker made to commemorate the armistice in 1918. Maker unknown 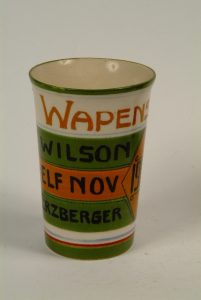 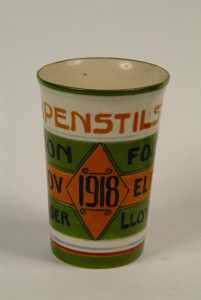 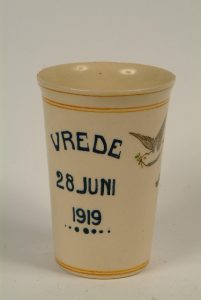 beaker to commemorate the official end of WW1 in 1919 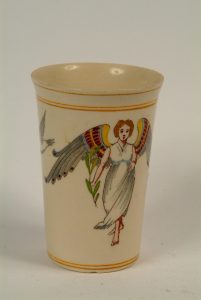 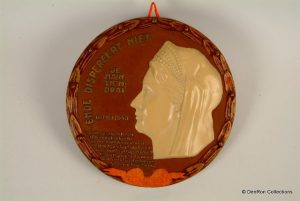 plaque to commemorate Wilhelmina in London the text reads: “We shall rise again” 1940-1941. Both plaques were made by B Tkein Bandoeng 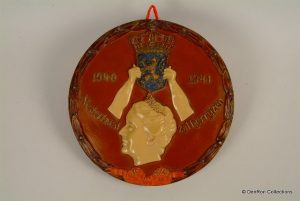 plaque to commemorate that Queen Wilhelmina fled to London in 19140 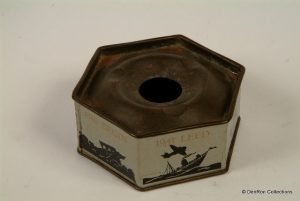 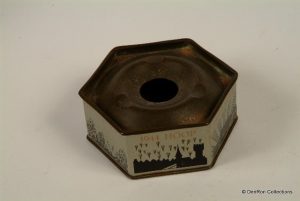 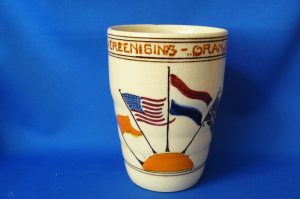 beaker made for the liberation of the Netherlands 1945