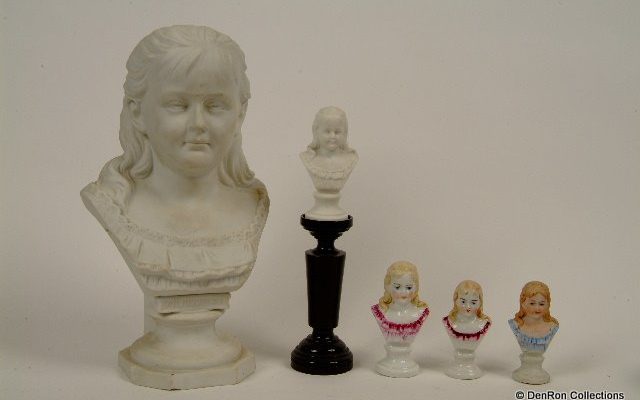 A bust is a sculpture showing only the head, shoulders and chest of a person.

Busts are usually made of living persons or persons of historical interest.

Busts were already made in Old Egypt 3300 BC and later in the Greek period.

They were made to show the people who their King or leader was. They can compare these with state portraits nowadays.

Sometimes they were made in stone or marble using special tools.

Usually busts were placed in public buildings. In 1860 the German porcelain manufacturer Scheibe –Alsbach from Thuringen (est. 1835) started making smaller busts of porcelain of historical figures. These were very popular up until the 1920’s.

Here some examples from our collection: 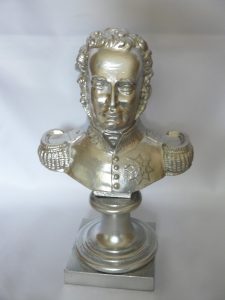 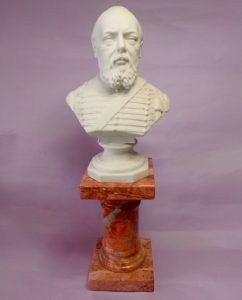 Porcelain bust of King Willem III ca 1874.
made by the German factory Scheibe-Alsbach 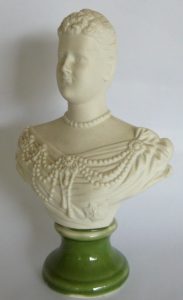 Porcelain bust of Queen Emma 1879.
Made in Germany 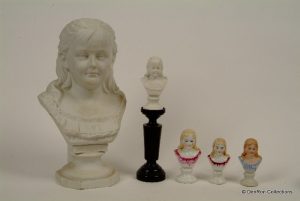 Porcelain busts of Queen Wilhelmina ca 1890.
Made by Scheibe-Alsbach Germany. 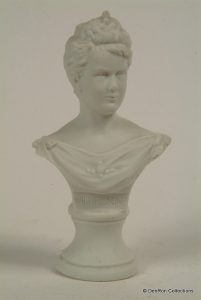 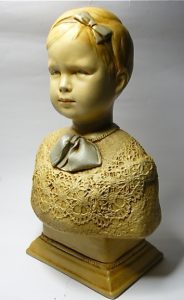 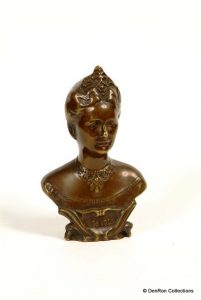