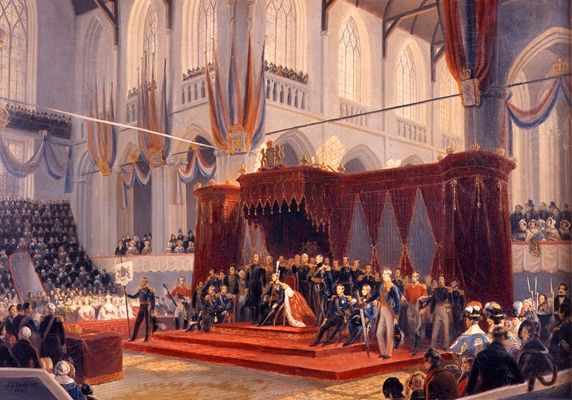 Willem was born on December 2 1792 in The Hague. In 1795 he and his family go into exile in England. He studies in Oxford and lives in England as well as in Berlin.

When in 1813 the news came that the Netherlands wanted the House of Orange back as rulers of The Netherlands and that his father had accepted sovereignty, he accepted this with mixed feelings. He arrived in the Netherlands in December 1813. He hardly spoke Dutch and the country was foreign to him.

From December 1813 until May 1814 Willem was engaged to be married to the British crown princess Charlotte. She annulled the engagement.

At the beginning of 1814 Willem was appointed commander in chief of the Dutch army. In 1815 he fought with Wellington in the battle of Waterloo and received thus the title “The Hero of Waterloo”

The people of the Netherlands were grateful for this and gave him Palace Soestdijk as a token of their appreciation.

In 1816 Willem marries Anna Paulowna daughter of the Russian czar Paul I.

They get 5 children. It is known that Willem had homosexual relations for which he was blackmailed.

In 1831 he led the 10 day battle against the rebellious Belgians.

Willem loved art and spend a lot of money on paintings leaving him short of cash most of the time.

He reigns for just 9 years. Shortly before he died he loaned one million guilders from the Russian czar. After his death in 1849 he leaves a lot of debts.

His family had to auction a lot of his paintings of very famous Dutch artists to pay of his debts. The Russian czar bought a lot of them and they can still be admired in the Hermitage museum in St Petersburg.

Several souvenirs were made of Willem as The Prince of Orange as well as King.

HERE ARE SOME EXAMPLES: 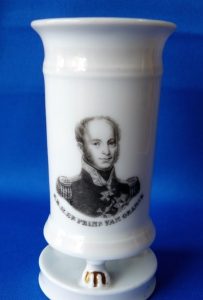 Porcelain match stick holder with portrait of prince Willem and text: his royal highness the prince of Orange commander in chief ca 1815 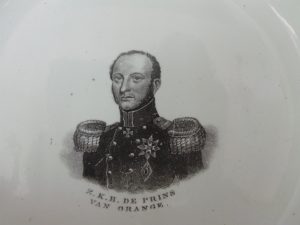 Creamware plate H.R.H the Prince of Orange ca 1815. Made in England for the Dutch market.

Porcelain pipe made for the inauguration of King Willem II in the New Church in Amsterdam 1840. The lid is made of 18 carat gold. 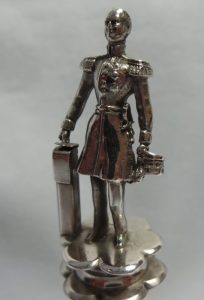 Silver figurine of King Willem II (1792-1849) on an ivory stand.
8,5 cm high. Silver weight is 23.6 gramme. It is hallmarked with a sword and Dolphin.
In his hand the typical Russian hat he used to wear. 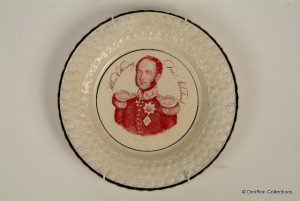 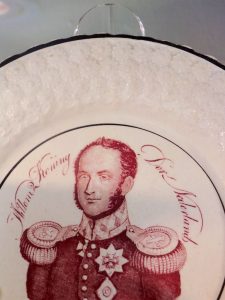