he Orange tree (apple) as a symbol on Oranjalia 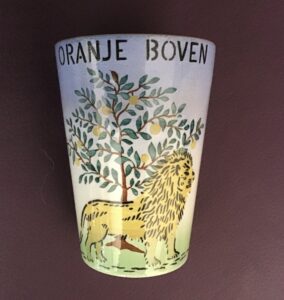 The Oranjeboom ( Orange tree) is often used on earthenware porcelain glass and ephemera as a symbol of unity between the House of Orange and the Netherlands.
How did this actually come about?
René van Chalon of the Nassau-Breda branch was head of a principality, in what is now the department of Vaucluse in France, called Orange. He was the last heir to this family branch.
After his death in 1544, he left this principality to his 11-year-old cousin Willem van Nassau, later known as William of Orange.
The coat of arms of this principality shows a hunting horn on a field of gold in the colors red, white and blue. This horn will later appear in the standard of the Dutch Royal Family. The coat of arms of Orange also shows an orange; of course orange in color and this quickly establishes the association with the name of the Prince of Orange.
The orange tree or apple does not appear in original portraits of William of Orange from his time until later in 1594, the first orange tree appears on a glass cup with three orange apples on it, symbolising the sons of William of Orange. This cup is in the possession of the Royal Collections.
The orange tree as a symbol of the House of Orange appears more and more often on prints and paintings, etc.
In the time of stadholder William V and the rise of the patriots, the Oranjeboom was also often used as the subject of mocking representations on objects and pamphlets.
There are, for example, prints in which the opponents of the stadholder try to pull down the Oranjeboom.
With the arrival of King Willem Ist in 1813, the use of the Oranjeboom was restored and then used sporadically by artists, but at the inauguration of Queen Wilhelmina it was again used extensively on the Orange souvenirs (Oranjalia).
Also at the birth of Princess Juliana, where the continuation of the Oranjehuis was finally assured, the Oranjeboom was used on countless items, including postcards.
The Orange tree with its Orange apples is indispensable on Oranjalia and is still used today.
Here are some examples from our collection on which the Orange(tree)birth  is shown:
Info  among others from an article by A van der Lem in Jaarboek Paleis Het Loo 2017.
all photo’s © denroncollections 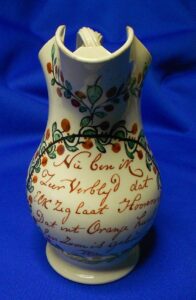 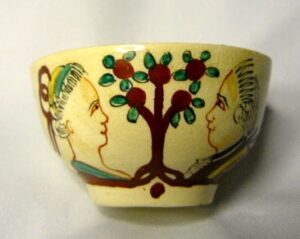 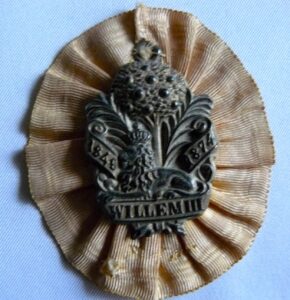 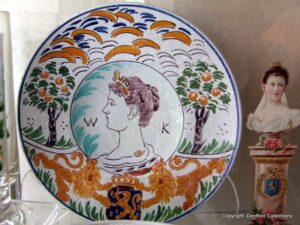 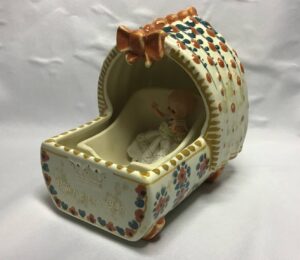 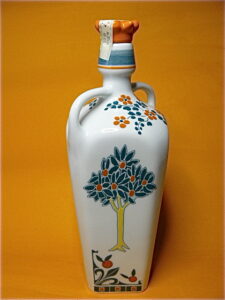 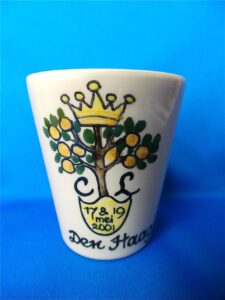