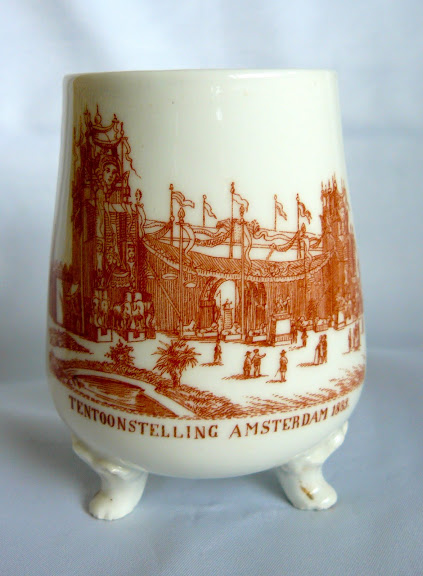 The event was the brainchild of the Frenchman Edouard Agostini. Agostini, who had previously been involved in organizing the 1878 exposition in Paris, presented his plans to the city of Amsterdam and King Willem III in 1880.

The location chosen for the exhibition was an unused area of land behind the Rijksmuseum, which at that time was still under construction. This area is now Museumplein square. Items on show in the main building included a telephone, wood- and metalworking machines, and a safe so large it could fit eight people. The building’s colonial section presented products such as tobacco and rubber, as well as a reconstructe a Javanese style settlement (Kampung) with “natives”. At that time, it was not considered degrading or racist to put humans on display; in fact, it became a regularly featured spectacle at such exhibitions. King Willem III would open the exhibition on the 1st of may 1883. When the King and his entourage arrived more than hundred thousand people were waiting for them. The opening was a little awkward. The King could not get along with Agostini. He knew too many intimate details of the King’s many love affairs. After the official opening the royal party including Queen Emma visited all the pavilions.

The exhibition, bringing more than a million visitors from around the world to Amsterdam, provided the city with a huge economic boost. In Amsterdam, modern-day remains of the exhibition are the front gate of the Vondelpark and a collection of items in the Tropen museum which were on show in the Dutch colonial pavilion. Heineken beer still uses the label Diplôme d’Honneur on its beer bottles, an honour that was bestowed on the brewer at the 1883 colonial exhibition.

Many souvenirs were made for these events, here are some we have in our collection: 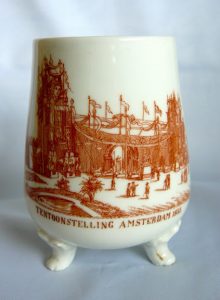 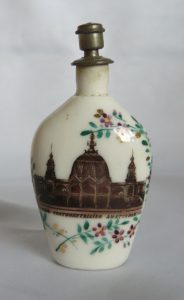 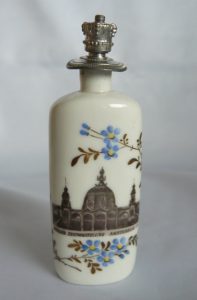 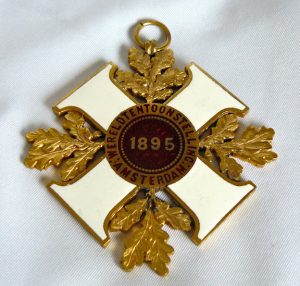 Medal made for the Amsterdam exhibition 1895 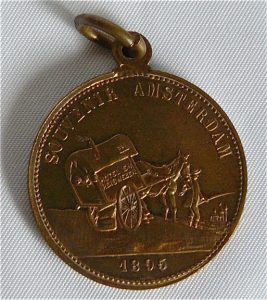 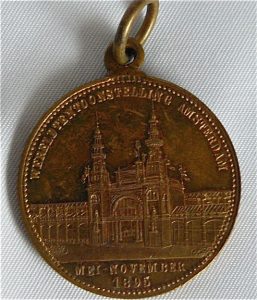 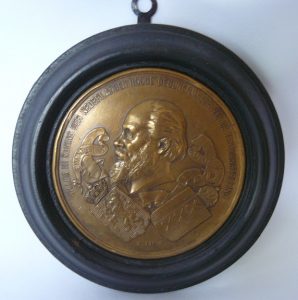