THE INAUGURATION ROBES OF QUEEN WILHELMINA THE INAUGURATION ROBES OF QUEEN WILHELMINA

The inauguration robe is made by fashion house Nicaud & Cie from Paris. It is made from cream colored satin and embroidered with gold silver and glass pearls.

The embroidery was done by the Art and needlework school for arts and crafts in Amsterdam.

On top of her robe she wore the Kings coronation cloak originally made for King Willem I.

The cloak was adjusted especially for the Queen’s small figure. It was also less manly and military of shape.

On august 21st 1898 a few weeks before her inauguration Wilhelmina wrote to her former governess Miss Saxon Winter that she was having a fitting session the next day. She was dreading this because it was a very hot summer.

The image of Queen Wilhelmina in her inauguration  robes used on many souvenirs made for this occasion,  was not of  the dress she wore on the day of the  inauguration. This image was a state portrait of the Queen made by W.H. Wollrabe a year before. This photo was used by the souvenir industrie on many of the souvenirs made in 1898..  The dress was not always shown in the correct colors. Because there were no color photo’s in 1898 and the industry only had a black & white image of the Queen, manufacturers used their imagination on what color the dress would have been.

Here are a few examples from our collections: 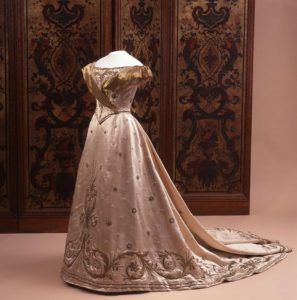 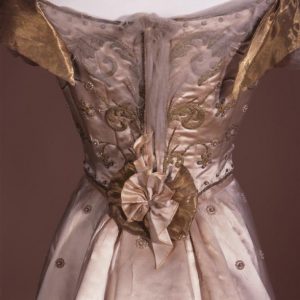 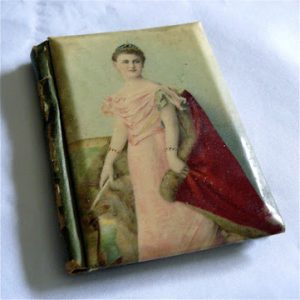 notebook showing the Queen in a pink gown. 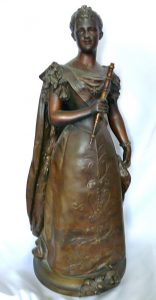 bronze colored figurine of Queen Wilhelmina in her inauguration robes 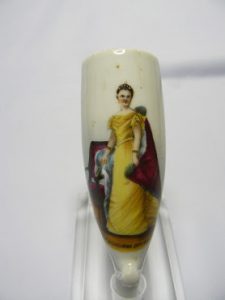 Porcelain pipe with Queen Wilhelmina in a yellow gown. 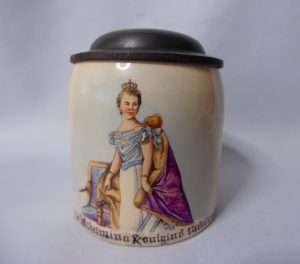 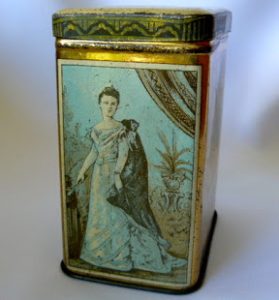 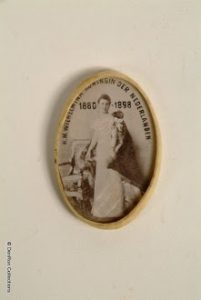 pocket mirror with the Wollrabe image