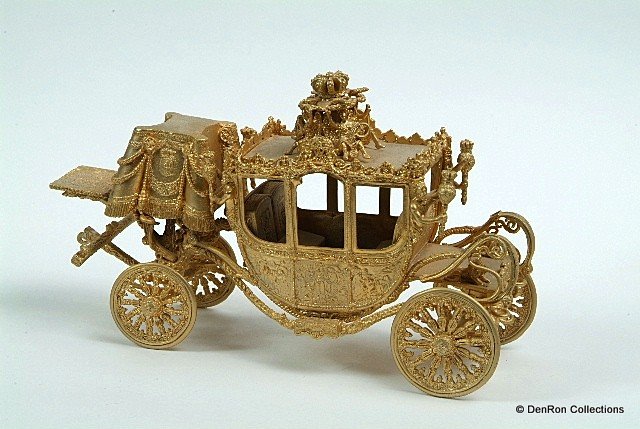 The  golden coach is the official carriage of the Dutch Royal Family.
The people of Amsterdam collected funds and it was made as a gift for her inauguration on the 6th of September 1898. The Queen, however, did not want any gifts for her inauguration so it was presented to her one day later on the 7th September 1898.
The coach was made by the Spijker brothers later known for their car factory.
The Queen first used the coach on her wedding day in 1901 and from 1903 on it is used every year for the opening of parliament.

The coach was not used during the first world war because the army needed the horses even though The Netherlands were neutral during this period of hostilities. The coach is drawn by 8 horses when used by the monarch on all other occasions 6 horses are used.
The coach is made of wood and gold leaf. The interior is decorated with needlepoint embroidery done by orphan girls.
The queen insisted that she could stand up in the coach therefore the arch was used to enable this to happen. 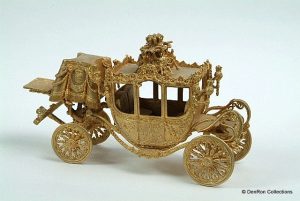 Exact miniature version of the coach made of gold coloured metal. 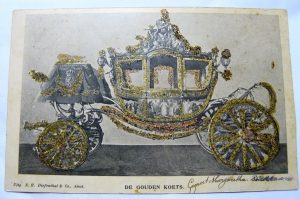 Glitter postcard of the Golden coach