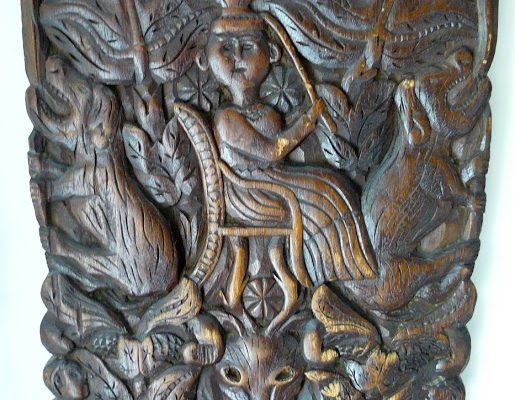 Queen Wilhelmina was very interested in The Dutch East Indies, however her knowledge of the land came from books and people who visited the place. But when suggested she should visit the country herself she would not even consider it.

She did not like hot weather, she was also afraid she would get seasick on the long sea journey. None of her forefathers, the Kings Willem I,II,and III, ever visited The Dutch East Indies. The only member of the royal family who did visit during the colonial period was the son of the later King Willem II, H.R.H. Prince Frederik Hendrik.

At the outbreak of world war two there was talk of moving the Dutch government to Batavia. The Netherlands were overrun and occupied by the Nazis and the Queen and her government were quickly moved to England. The Queen still refused to move to The Dutch East Indies using “the heat” as her excuse!!

This was probably her best decision in retrospect as The Dutch East Indies was shortly after invaded by the Japanese!!!

Queen Wilhelmina was very much loved and admired in The Dutch Indies and several commemoratives were made especially for the rich upper class in this overseas market.

Candy jar made for the wedding of Queen Wilhelmina 1901