The ENGAGEMENT PLATE OF PRINCESS JULIANA TO PRINCE KAREL OF SWEDEN. 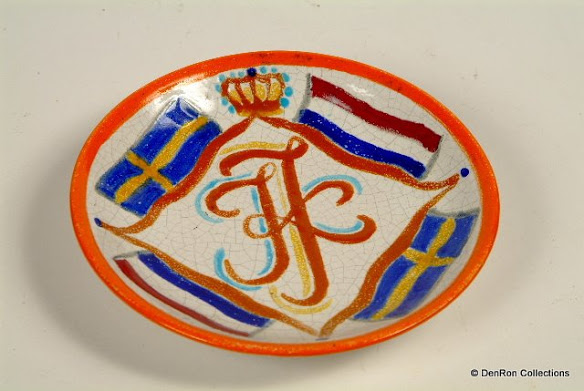 The ENGAGEMENT PLATE OF PRINCESS JULIANA TO PRINCE KAREL OF SWEDEN.

In 1934 Queen Wilhelmina was looking for a suitable husband for her daughter Princess Juliana, who was 23 years old at that time.

Originally Princess Juliana was going to be engaged to Prince Karel of Sweden. The Prince however requested the title of King Consort, a role in Dutch politics and a yearly allowance of one million guilders. The engagement never came to fruition and the search for a husband continued.

As we now know she eventually married Prince Bernhard of Lippe Biesterveld in 1937.

The rumours of a royal wedding also fired the ever entrepreneurial Dutch into producing betrothal souvenirs such as postcards.

Lion Cachet, a famous Dutch designer and friend of the Dutch Royal family, designed a plate for the occasion. As usual for his trial pieces only 3 were made (one for each of his children). Following the breakdown in negotiations between the Dutch & Swedish authorities the plate never went into production thus making it very rare and sought after item. 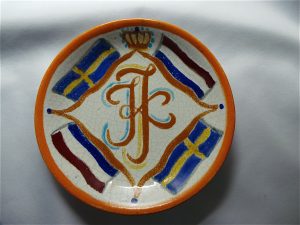 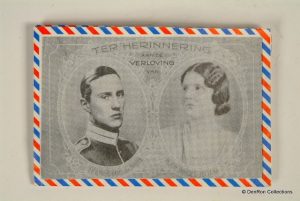