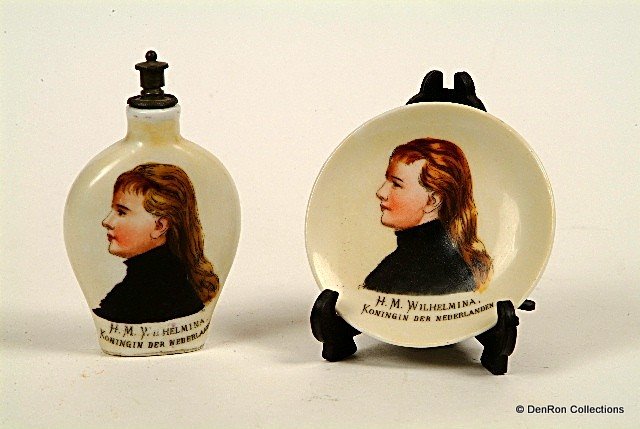 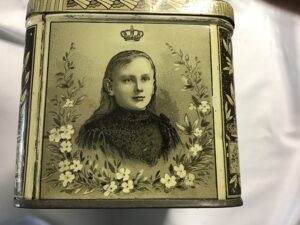 Following the death of her father King Willem III on the 23rd of November 1890 Wilhelmina became Queen and her life drastically changed from there on.

Many fashion houses were contracted to make clothes for the young Queen including some from abroad. The most important one was Mrs. Moon from Regent Street in London. From 1880-1896 a copious amount of clothing was ordered here for Wilhelmina.

Following the death of Willem III, Emma as Regentess ordered a mourning dress and coat for Wilhelmina from Mrs. Moon. The total bill came to 15.5 pounds sterling (397 Dutch guilders). The clothes were made of black cloth lined with black silk and the dress had a black silk petticoat.

On the 18th of March 1891 Adolphe Zimmermans, a famous photographer from The Hague, took a photo of the young Queen in this dress. The dress had a black veil of tulle, she was wearing a necklace of black French jet (black glass) in her hands she held a bouquet of white flowers.

This photo was used by the firm Boldoot from Amsterdam on this scent bottle made circa 1891. The image of Wilhelmina taken from the side was also used on a number of souvenirs. 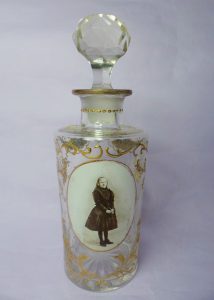 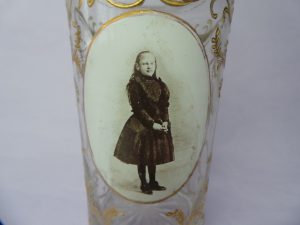 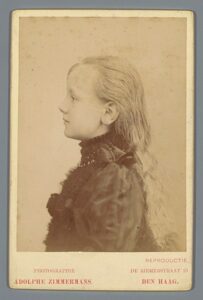 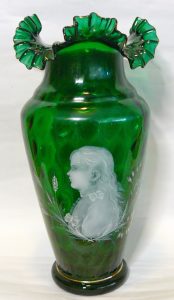 Large glass vase with the same image of Wilhelmina ca 1891 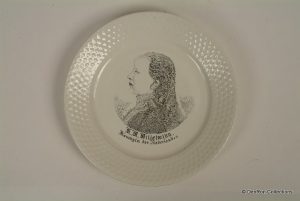 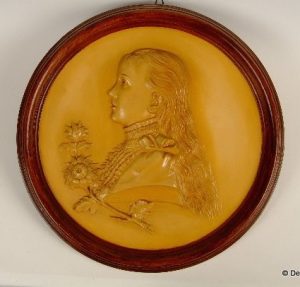 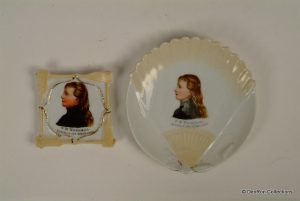 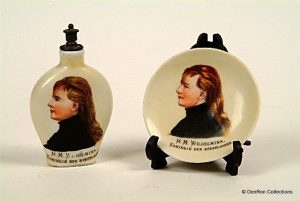 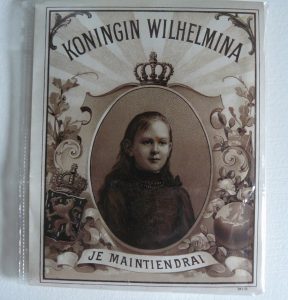