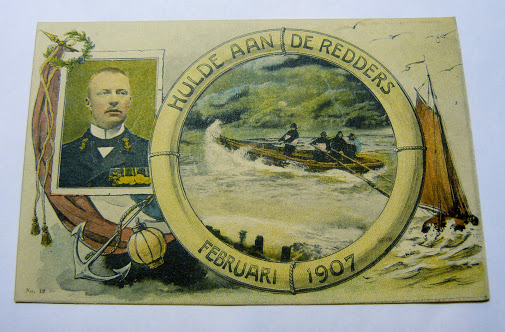 In the early hours of the morning of the 21st February 1907 the ferry Berlin, travelling from Harwich, ran onto the pier at the Hook of Holland during a heavy storm.

The boat broke in two halves and the bow sank into the icy cold water. Many crew and passengers jumped into the water. The lifeboat could not get near enough and many people drowned.

Prince Hendrik, the husband of Queen Wilhelmina, was nearby in the Hague and the next morning he drove to the place of the disaster. First he went to the morgue to pay his respects to the dead. Following this he spoke with a survivor.
He boarded a pilot steamboat and together with a lifeboat they went to the Berlin. They managed to save 11 passengers. The prince helped to warm the survivors with blankets and gave them hot coffee and brandy.

When the prince arrived on shore he was met with a loud ovation. 128 of the 144 people aboard the Berlin died. This was the biggest disaster at sea during peace time in Dutch history.

Queen Wilhelmina was delighted when she heard of what her husband had done. The prince received a lot of goodwill from the Dutch people by doing this.
To commemorate this event postcards were made and when the prince died in 1934 a commemorative plate was made with a reference to this disaster. 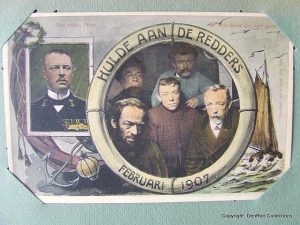 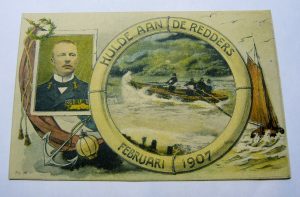 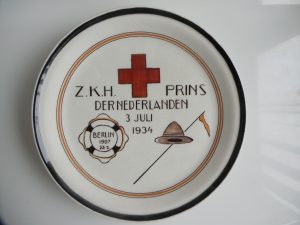