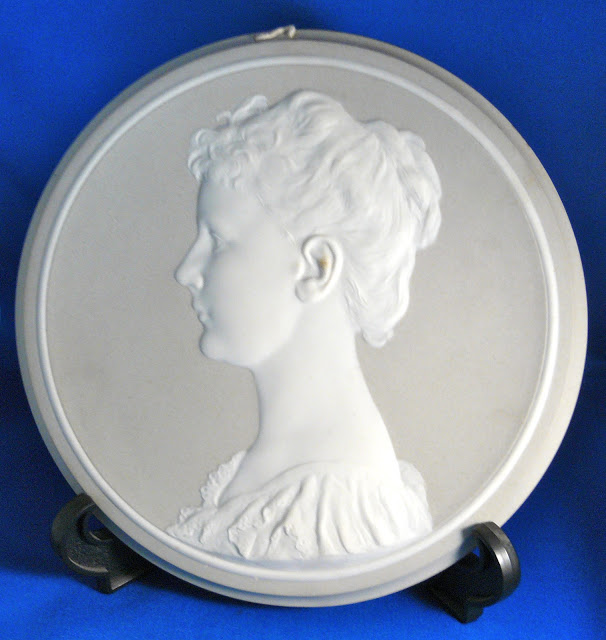 Jasperware, or jasper ware, is a type of pottery first developed by Josiah Wedgwood in the 1770s. Usually described as stoneware, some authorities have described it as a type of porcelain. It is noted for its matte finish and is produced in a number of different colours. While named after the mineral jasper, modern analyses indicate that barium sulphate is a key ingredient. It is white by nature but stained with metallic oxide colors; its most common shade in commerce is pale blue, but dark blue, lilac, sage green, black, and yellow are also used, with sage green due to chromium oxide, blue to cobalt oxide .

By the time of Josiah’s death in 1795 jasper ware was at the height of fashion. By 1811 its popularity was in the wane and the production of jasper products tailed off. By 1829 production in jasper had virtually ceased but experimentation continued. In 1844 production resumed using jasper as a dip and for applied decoration to a new white porcelain body. Solid jasper was not manufactured again until 1860.

Jean-Baptiste Stahl developed his own style and techniques during his work at Villeroy & Boch in Mettlach, Saar, Germany. His work is praised for the translucency of the white porcelain on a colored background.

Here are some Jasperware souvenirs made for the inauguration and wedding of Queen Wilhelmina : 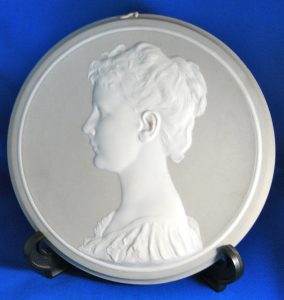 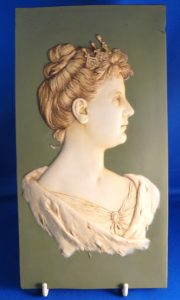 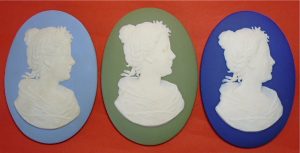 3 plaquettes made by Wedgwood Uk for the inauguration of Queen Wilhelmina in 1898. 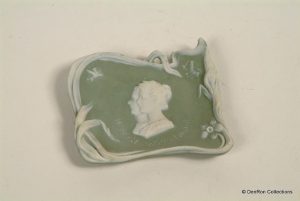 German Jasperware souvenir made for the wedding of Queen Wilhelmina and Prince Hendrik in 1901.