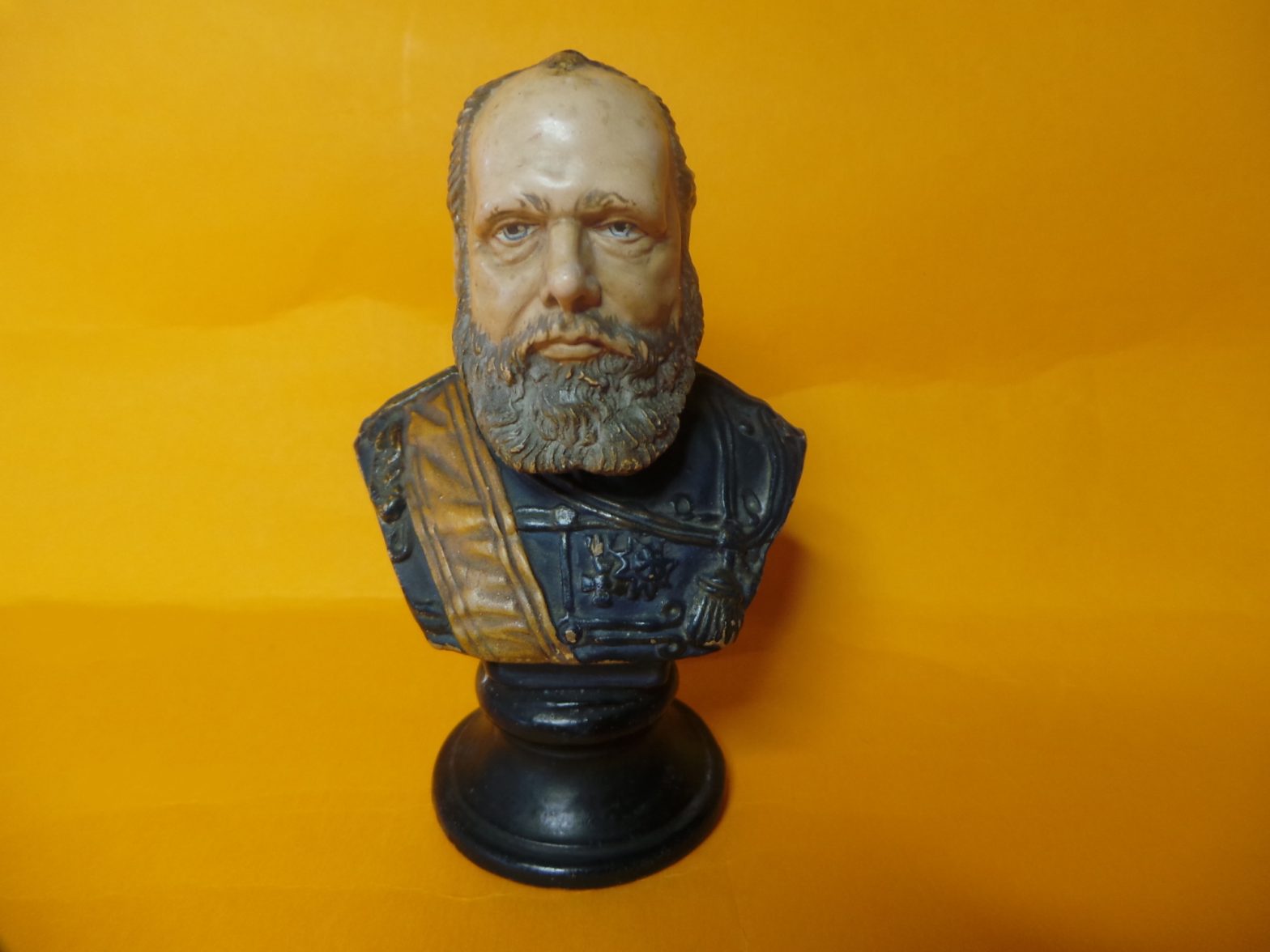 Sophie did not want to start the relationship, but under pressure from her parents the marriage was fulfilled in 1839.
The relationship with her mother-in-law Anna was bad; she was against this marriage because it was a marriage between a full cousin and niece.

In 1849 Willem became King and Sophie became Queen of the Netherlands. A number of souvenirs were  made for this occasion. 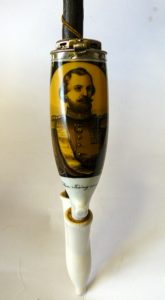 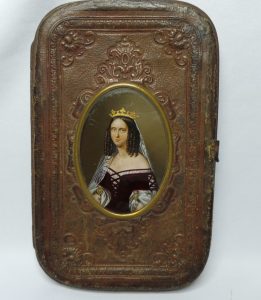 Case made of metal and leather for playing cards. It has a hand painted portrait on Ivory of Queen Sophie, the first wife of King Willem III. Made in 1849 when she became Queen of the Netherlands.The case measures 14 x 9 cm.

It was not a good marriage; Sophie was cheated on by Willem and, in her own words,she was  physically and mentally abused. However they produced three children.

Sophie wanted to divorce but that was not allowed because this would damage the position of the royal family. The marriage finally ended in a legal separation in 1855.

In 1864 they “celebrated” their silver wedding anniversary, a commemorative plate was made for this occasion.

In 1874 King Willem III celebrated his silver jubilee, several souvenirs were made to celebrate this.

This ended the era of William III and Sophie. 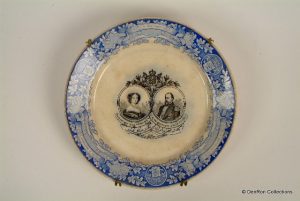 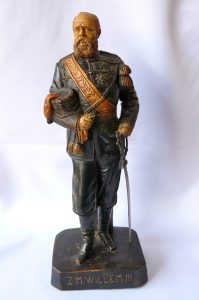 Terra cotta figurine of King Willem III with metal sword made in Germany for his silver jubilee in 1874.Maker : Bernard Bloch from Bohemia (now Czech republic). 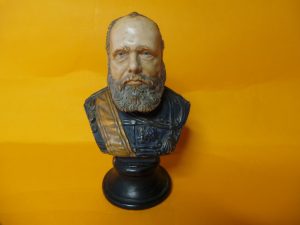 Terra cotta bust of King Willem III  made in Germany for his silver jubilee in 1874.Maker : Bernard Bloch from Bohemia (now Czech republic). 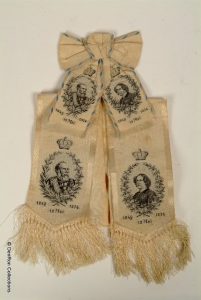 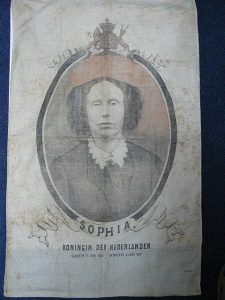 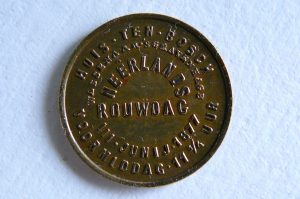 Mourning coin Queen Sofie of The Netherlands, 1st Queen Consort of King Willem III, this coin enabled the holder to pay their last respects to the queen at 11. 45 am at the Royal Palace Huis Ten Bosch in the Hague.