THE HOUSE OF ORANGE AND THE ROMANOVS

DenRon Collections > History > THE HOUSE OF ORANGE AND THE ROMANOVS 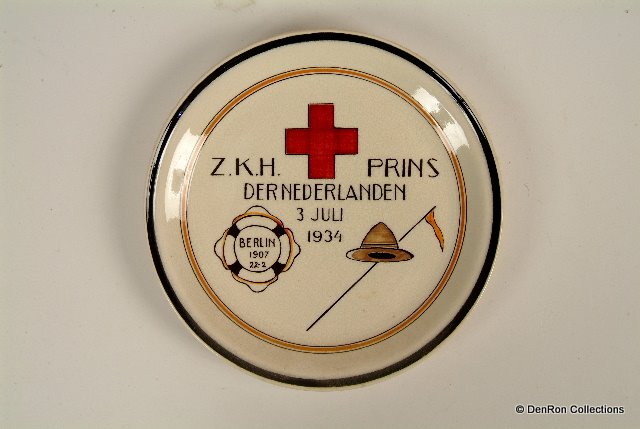 THE HOUSE OF ORANGE AND THE ROMANOVS

In 1813 Prince Willem, son of King Willem I, was engaged to be married to the British crown Princess Charlotte Augusta, daughter of the later King George IV; Charlotte however, broke off the engagement.

Czar Alexander of Russia was a good friend of the Dutch crown Prince Willem and he proposed a marriage with his sister Anna Paulownia, they got married on the 21st of February 1816.

In 1840 her father in law, King Willem I, abdicated as he wanted to marry for the second time with a countess Henriette d’Outremont. His son became King Willem II and Anna became Queen of the Netherlands on October 7th 1840 until 1849.

The family ties with Russia continued with the marriage of the son of King Willem II, Willem III with Sophie van Württemberg a cousin of Anna Paulowna. Queen Wilhelmina also married a Romanov offspring. Prince Hendrik was a great grandchild of the eldest sister of Anna Paulowna.

Sophie became Queen of the Netherlands in 1849 until her death in 1877, she was the daughter of Catharina Paulownia off Russia daughter of Czar Paul I.

Below some related items from our collection ( except for the painting):

porcelain pipe made for the inauguration of king Willem II and Queen Anna Paulowna 1840. 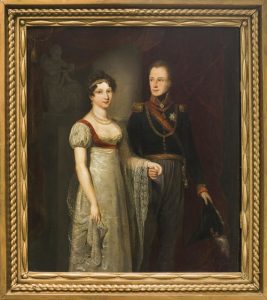 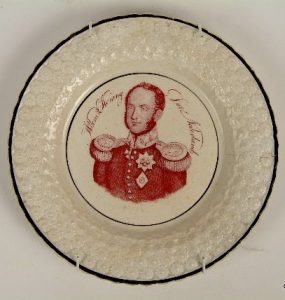 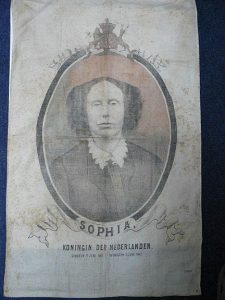 cotton cloth made in memoriam for Queen Sophie 1877. 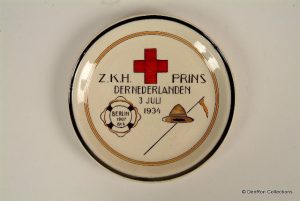