THE HISTORY OF COMMEMORATIVE TEXTILES 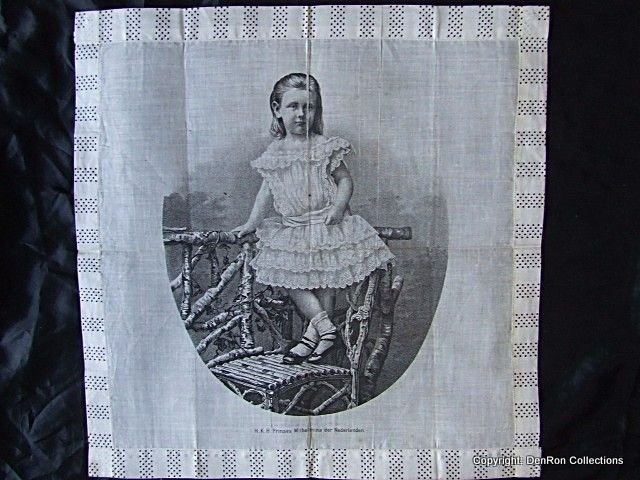 THE HISTORY OF COMMEMORATIVE TEXTILES

It is a tradition to make printed textiles to celebrate Royal events. Usually cotton handkerchiefs or flags with the portrait of the monarch.

Also to commemorate important moments in history like the battle of Waterloo or the celebration of the 1st centenary of Dutch Independence in 1913 are printed on textile.

In 1813 when the Netherlands became a Kingdom the house of Orange became more popular and their portraits were printed on commemorative textiles, usually in the colours orange or red.

They were made in different sizes, the large ones were used as neckerchiefs.

The market was flooded with these printed textiles when the young Queen Wilhelmina was inaugurated in 1898. Printed textile souvenirs were also made in 1901 for her wedding and for her jubilees in 1923, 1938 and 1948.

Specially woven damask table linen was also made as commemorative items. One example was usually given to the King or Queen as a gift.

For example when Princess Beatrix married Prince Claus in 1966 a commemorative damask tablecloth and napkin set was presented to them as a wedding gift.

This tradition is still kept alive today; when King Willem- Alexander was enthroned in 2013 the firm Vlisco made a limited edition commemorative textile to celebrate this moment.

info from the Museum of Textiles in Nijmegen 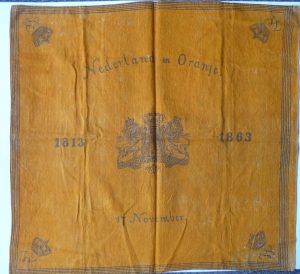 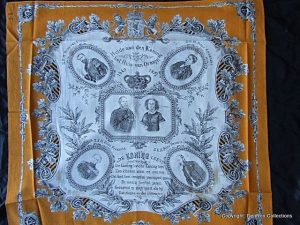 textile made for the silver jubilee King Willem III 1874 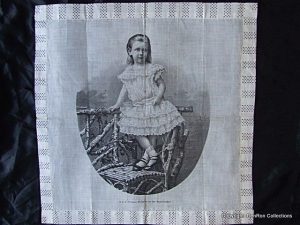 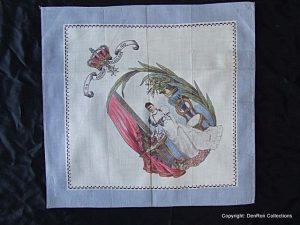 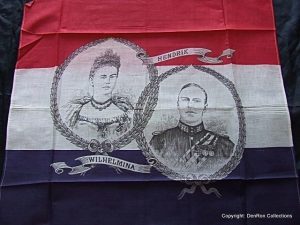 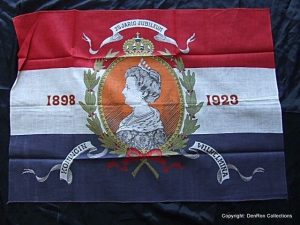 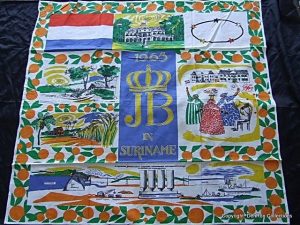 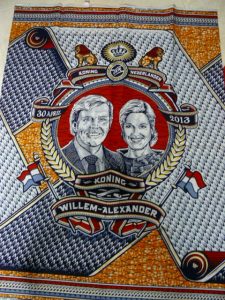