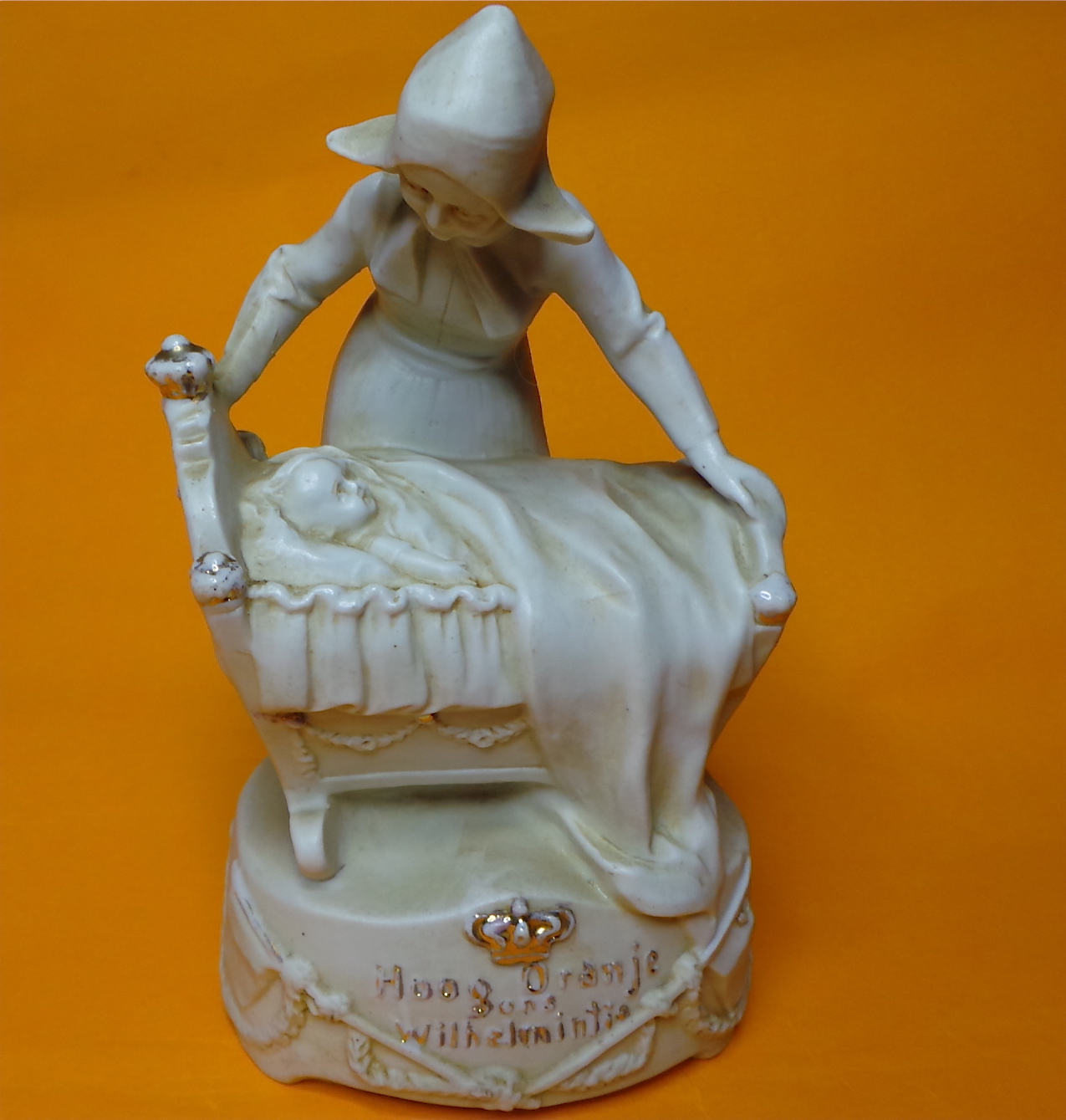 Wilhelmina Helena Pauline Maria was born on the 31st of august 1880 in Apeldoorn. She was the only child of King Willem III and his second wife Queen Emma van Waldeck-Pyrmont. She had three half brothers from her father’s first marriage to Sophie van Württemberg: Willem (1840-1879), Maurits (1843-1850) en Alexander (1851-1884), Alexander was the only one still alive at the time of her birth.

The Royal House of Orange was not that popular in 1880 (mainly due to the antics of her father) and the news of the birth of a Princess was met with mixed reactions in the press.

As far as we know the only commemorative made for the birth was a porcelain figurine of a cot with the baby Wilhelmina.

When her half brother died in 1884 the little princess became heir to the throne and the future of the house of Orange was safe for the time being.

The Dutch loved their little princess and several commemoratives were made with her portrait.

In our collection we have two eau-de-cologne bottles, two cup and saucers, a child’s lidded stein, a pocket knife a biscuit figurine and two very rare glass domes with the Royal family made of wax. 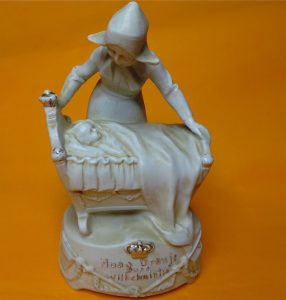 Porcelain figurine made for the birth of Princess Wilhelmina 1880. 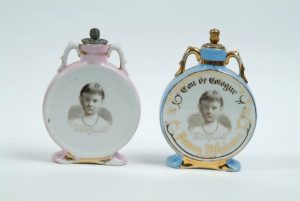 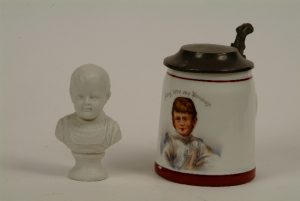 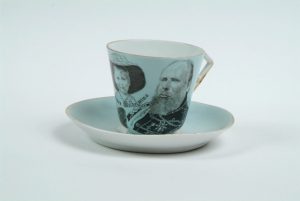 Cup & saucer Wilhelmina with her parents  1884. 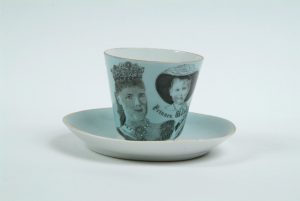 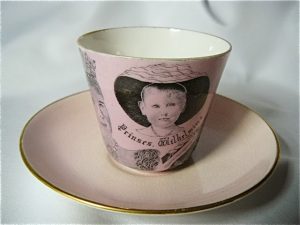 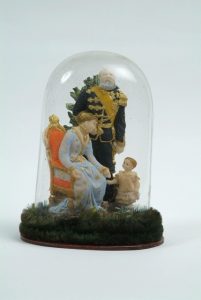 The royal family  in wax