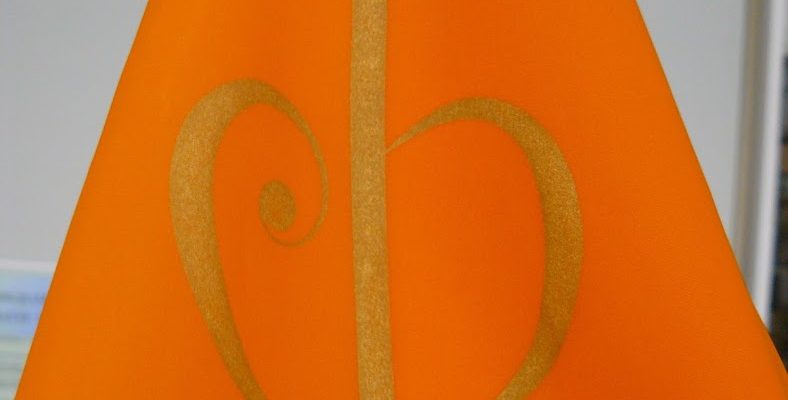 After the ceremony the couple went to the Hall of Knights in The Hague for a large reception.

It was here that the mayor and other important people came to congratulate them. It turned into an old fashioned Dutch wedding party atmosphere. At the end of the reception 300 hundred little parachutes in the colors red, white, blue and orange (the colors of the Dutch flag are red white blue and orange is for the House of orange) cascaded down from the ceiling. Every one of them had a small parcel of 5 sugared almonds attached to it. They stand for love, loyalty, happiness, prosperity and fertility.

All the guests including the Royal Family tried to catch one of them. Afterwards the couple made a tour through the city of The Hague in an open carriage.

We have two in our collection still intact with the sugared almonds.

All the quests looked up when the parachutes came cascading down from the ceiling. 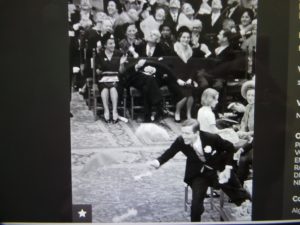 Prince Claus tries to catch one the parachutes 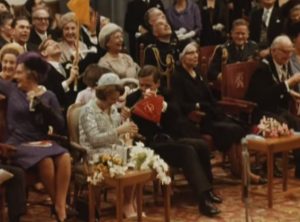 Princes Beatrix with one of the parachutes.

White parachute with the parcel of sugared almonds. 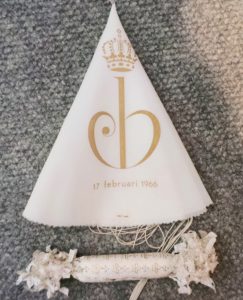 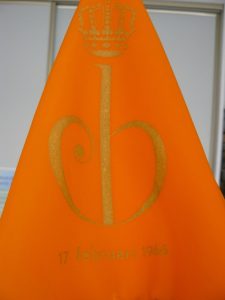