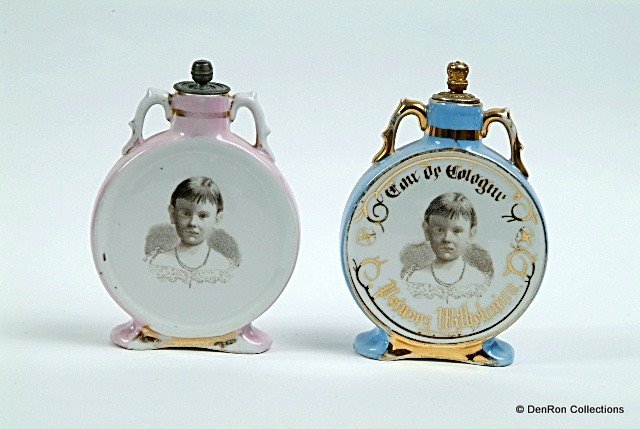 In 1789 Jacobus Cornelis Boldoot opened a chemist shop in Amsterdam. He sold pills and powders etc.

In 1823 his cousin also named J.C Boldoot became an apprentice in the shop and 1871 he officially became one of the firms owners.

In 1875 the firm bought the German firm 4711 from Cologne. They made eau de cologne (water of Cologne) water with a fragrance. They were very successful and became purveyor to the kings and queens of The Netherlands, Belgium, Spain, Portugal and Italy. The firm showed his alliance with the House of Orange by making a special packing or product to tie in with special occasions in the Royal family.

In 1884 an eau de cologne bottle was made with a portrait of the 4 year old princess Wilhelmina – Wilhelmina became heir to the throne when her half brother prince Alexander died in 1884 – this bottle is known to have been produced in three colors pink, blue and beige. Most likely these were made by Boldoot. 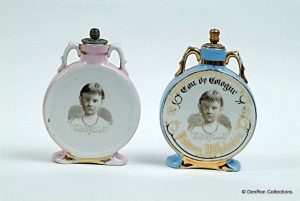 In 1890 when King Willem III died, Wilhelmina became Queen under the regency of her mother Queen Emma. In 1891 Boldoot made a cristal scent bottle with a portrait of the 11 year old Queen in mourning attire.

The Boldoot firm understood the power of marketing and when Queen Wilhelmina was invested as Queen Regnant, they produced a special series of porcelain scent bottles with a portrait of the Queen in her inauguration robes. The cap of the bottle is made of tin and has the Boldoot name on it, sometimes with a small crown on top. 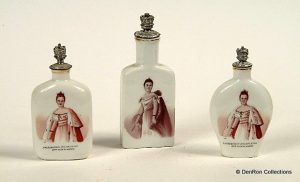 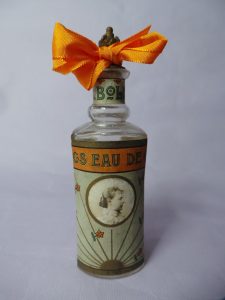 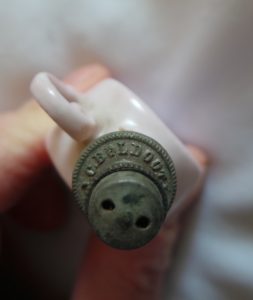 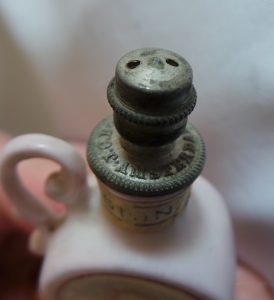 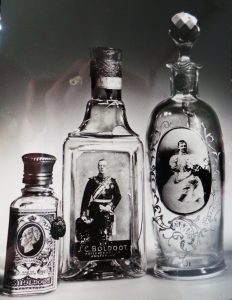 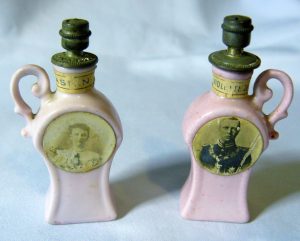 In 1909 Boldoot made a series of scent bottles to commemorate the birth of Princess Juliana and in 1923 to commemorate the silver jubilee of Queen Wilhelmina. Two scent bottles in the shape of the 4 year old Princess Juliana were issued in 1913 to cash in on the celebrations of 100 years of Dutch independence and monarchy. A piece of soap in the same form was also made. 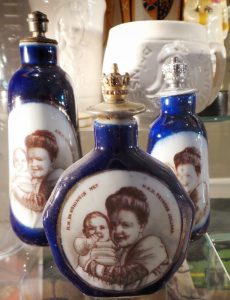 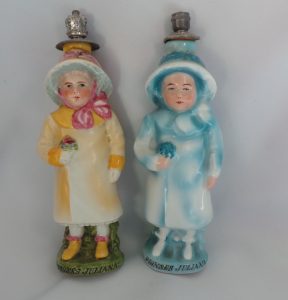 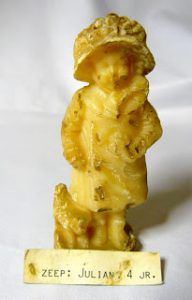 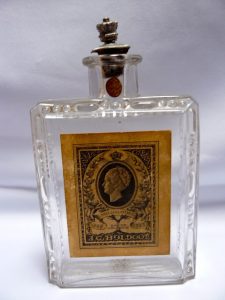 It is known that a special packaging was also made in 1948 to commemorate Queen Wilhelmina’s Golden jubilee.

The last time the firm made a commemorative item was in 1979 for the 70th birthday of Queen Juliana.

In 1984 the firm Boldoot was sold to British American Cosmetics and after that it was sold again a number of times. In 2007 a Boldoot family descendant bought the firm so nowadays it is back in the family again. Boldoot eau de cologne is still made and sold but alas they don’t make the beautiful bottles anymore.

Not only Boldoot but many other firms produced scent bottles with a portrait of the young Queen.( see for more our photo album nr 17)

More information on this subject is welcome