In 1962 Queen Juliana & prince Bernhard celebrated their 25th wedding anniversary, this was marked with a three-day celebration.

On April 30th Juliana, Bernhard and the 4 princesses make a tour in an open coach through Amsterdam.

For the meal of a cold buffet 10 chefs and their assistants had worked for three days in a refrigerated warehouse in order to deliver the 450 plates fresh and on time for the meal.

After the boat trip they travelled to the Dam square to appear on the balcony of the Royal palace in Amsterdam.

A surprise party was held at the Concert Gebouw ware Lord Mayor Hall presented them with the National gift.

The reception and gatherings at he RAI and Rijksmuseum were gifts from the city of Amsterdam.

In the evening a fireworks display was held.

The next day the foreign guests arrived amongst them many members of royalty such as King Gustav from Sweden, King Olav from Norway , the Shah of Persia and Queen Elizabeth from Great Britain. Prince Bernhard’s brother and mother were also among the quests.

In the evening a gala dinner was held at the Amstel Hotel where all the Royal quests were staying.

After the diner a group photo was taken in front of the Hotel.

The menu was as follows:

The next day the Royal quests were taken by bus to Lisse to see the flower bulbs displays at the Keukenhof. In the afternoon a ball was held on the passenger ship the Oranje.

The commemorative souvenirs made for this occasion reflect the time of the sixties, here are some examples: 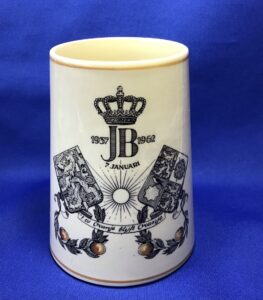 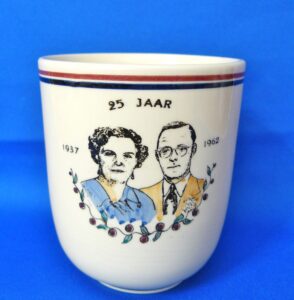 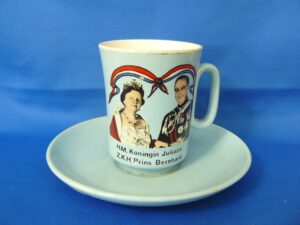 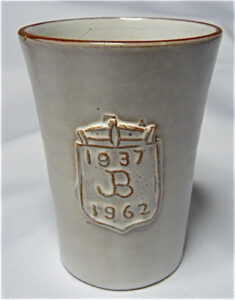