TOBACCO AND THE HOUSE OF ORANGE

DenRon Collections > History > TOBACCO AND THE HOUSE OF ORANGE 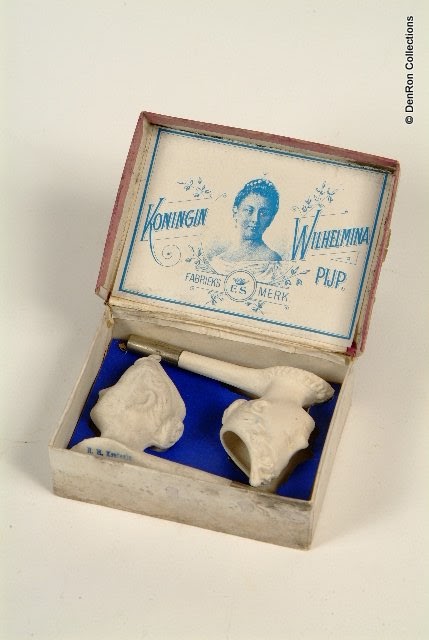 TOBACCO AND THE HOUSE OF ORANGE

Tobacco use is known in the Netherlands since ca 1580 it was smoked in clay pipes. Clay pipes with a relief decoration began ca. 1630.

The earliest known pipe relating to the House of Orange dates from 1652 and was made to commemorate the wedding of prince Frderik Hendrik and Amalia van Soms.

At the end of the 18th century the porcelain factories in Germany began making porcelain pipes, sometimes beautifully hand painted. These were called Stummels. The more luxurious pipes had a silver or golden lid. For example a stummel was made for the inauguration of king Willem II in 1840 with a 18 carat gold rim and lid.

But the cigarette industry really started to get big when a cigarette machine was invented in 1880. After World War II people smoked less cigars and more cigarettes.

The tobacco industry has always used the popularity of the House of Orange to promote its products. For all kinds of Royal events special editions were made. For example cigar boxes and tins, cigarettes boxes with the portrait of Her Majesty on them and many more items related to the tobacco industry with portraits of the Royal family on them. Since smoking is not done these days these sort of commemoratives are not made much anymore.

In 2013 a series of pipes were made as collectibles for the inauguration of King Willem-Alexander purely for display and not for use.

Porcelain pipe or stummel made to commemorate the inauguration of King Willem II in 1840. It has a 18 carat gold rim and lid. 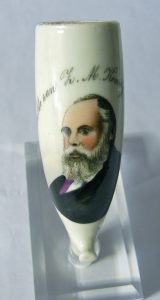 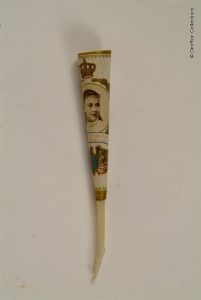 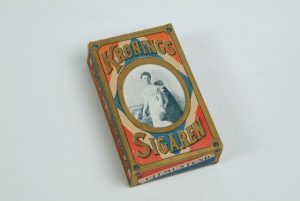 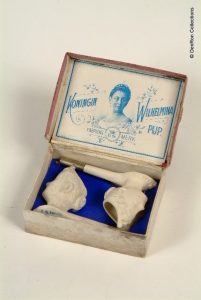 Wilhelmina  clay pipes made by Goedewaagen &son. These were made to order by the Dutch New York society. In 1899 when they held their annual dinner all members found this special made box next to their plate with two Queen Wilhelmina  pipes. 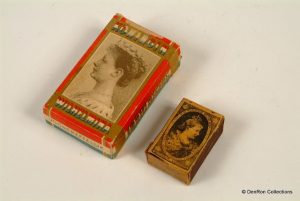 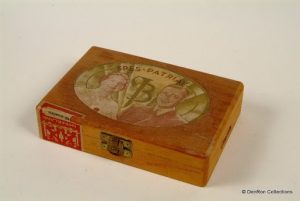 Cigar box made to commemorate the wedding of princess Juliana & prince Bernhard 1937. 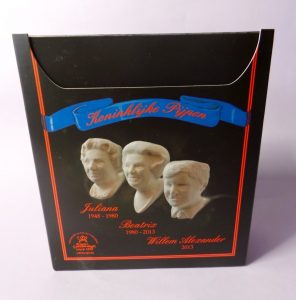 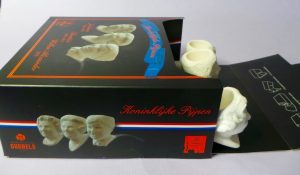