PRINCESS ALICE AND THE HOUSE OF ORANGE

DenRon Collections > History > PRINCESS ALICE AND THE HOUSE OF ORANGE 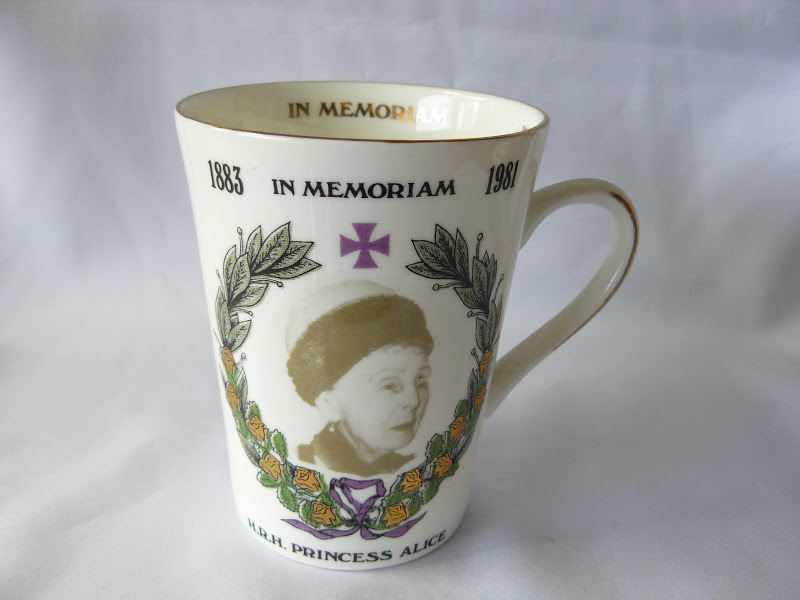 PRINCESS ALICE AND THE HOUSE OF ORANGE

Princess Alice, Countess of Athlone, née Princess Alice of Albany; 25 February 1883, was a member of the British Royal Family. She was the only daughter of Leopold the duke of Albany, the youngest son of Queen Victoria, and Princess Helena van Waldeck-Pyrmont, a sister of Queen Emma of the Netherlands. King Willem III was one of her godparents.

Princess Alice accompanied her husband to Canada where he served as Governor General from 1940 to 1946.

The war was brought close to home for the Athlones also because many of those belonging to displaced European royal families sought refuge in Canada among them Princess Juliana, daughter of Queen Wilhelmina, and her children. She was the last surviving grandchild of Queen Victoria and died in 1981 almost 115 years after the dead of Queen Victoria’s first grandchild.

Her are two souvenirs from our collection: 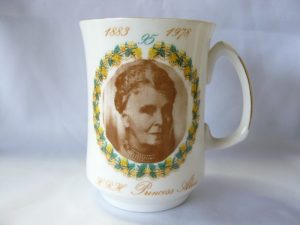 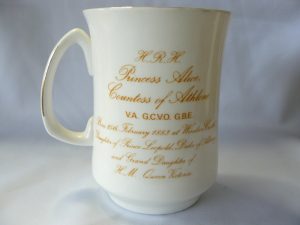 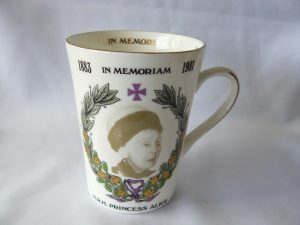 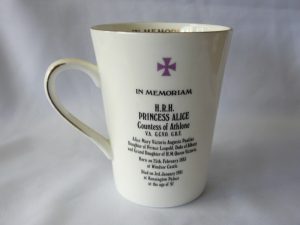