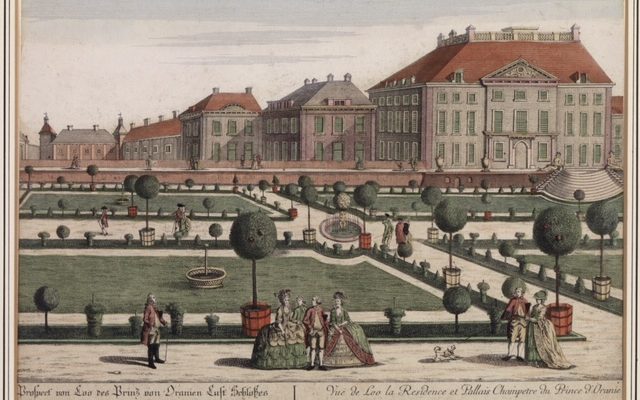 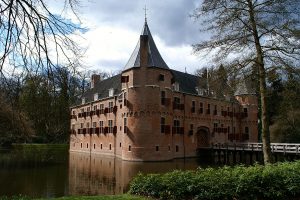 Paleis Het Loo is a former Royal Palace in Apeldoorn. The palace is nowadays a national museum.
In 1684 Stadtholder William III bought the medieval castle het Oude Loo. He commissioned architect Jacobus Roman to build a contemporary hunting lodge next to this castle. Construction began in 1686, William III had now become King of England and he had to be able to show that to the world. From 1691 to 1694 the palace was expanded with 4 pavilions. Willem III could not enjoy his palace for long because in 1702 he fell from his horse and died shortly thereafter.
Prince William IV was often found at Het Loo. In 1787 he had his collection of exotic animals brought to Het Loo, including two elephants.
Prince Willem V did not really like Het Loo, but had a large menagerie built there. In 1795 William V had to move to England and the French era began.
The French Louis Napoleon was proclaimed King of Holland by his brother, the emperor Napoleon. Lodewijk (Dutch for Louis) spent the summers on the palace Het Loo. After the French period, the palace became state property in 1825. King Willem I stayed less often at the palace than his predecessors and King Willem II only occasionally visited Het Loo. King Willem III, however, was very often to be found at Het Loo. His daughter Queen Wilhelmina was very attached to the palace and had it thoroughly restored. After her abdication, she went to live there permanently. Following her death in 1962, the palace was opened to the public.

The castle Het Oude Loo has been a national monument since 1968. The Royal family regularly rents Het Oude Loo .

In 2006 the Japanese prince Nahurito and his wife stayed at castle Het Oude Loo for 6 weeks as guests of the Dutch royal family.
From October 8, 2011 to January 8, 2012, an extensive exhibition of the house of Orange commemoratives called “Oranje Boven” was held in Paleis Het Loo. We were very proud that we were invited to exhibit a number of items from our collection at this exhibition as a guest exhibitor from November 29 to December 11.
Hereby  some souvenir spoons  from Palace Het Loo and a  photo impression of our exhibition at the Palace.

For more photo’s of the exhibition have a look at our photo album nr 46. 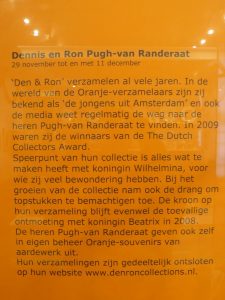 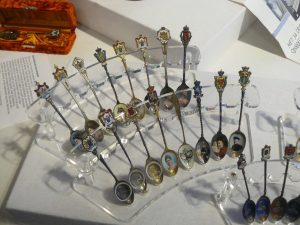 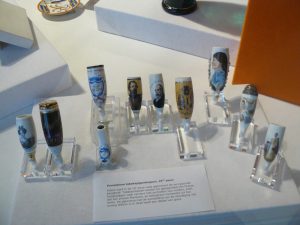 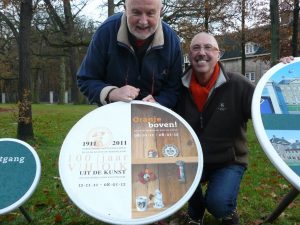