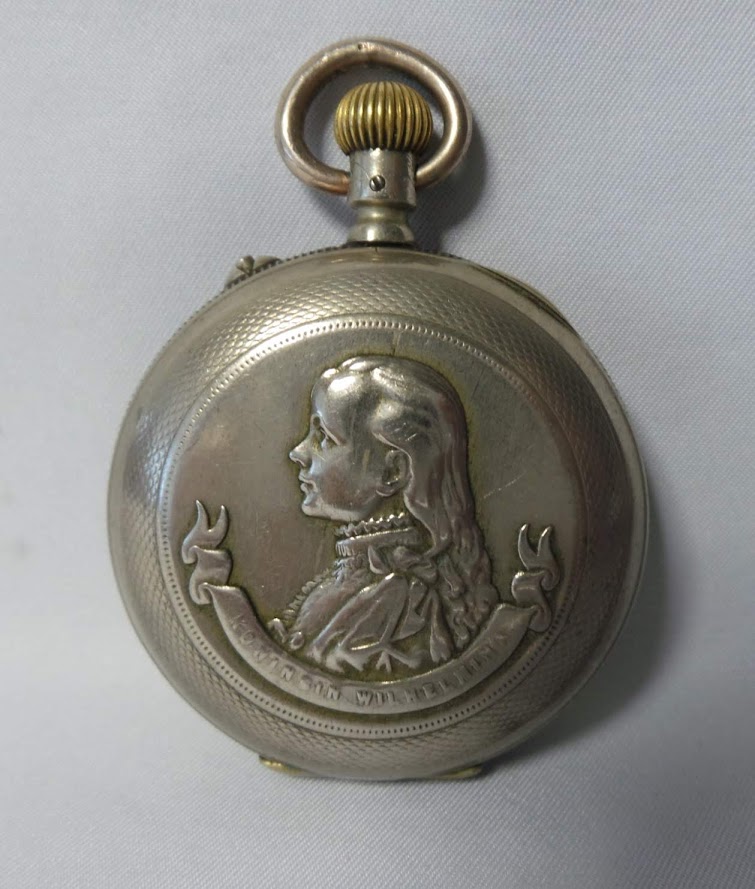 Timepieces come nowadays in all shapes and sizes. The first mechanical clocks appeared in the 12th century and only indicated the hours.
The pendulum clock was invented in 1656 by the Dutchman Christiaan Huygens, this also had a minute hand. The first wind up watch comes from 1790 and was invented in Switzerland.
Pocket watches were made by hand were precious and could only be purchased by the elite. It was not until 1850 that pocket watches were taken into production, making them more affordable for a wider audience.
In the First World War it appeared that officers in the army discovered that it was easier to take a quick look at a wristwatch than to search for a pocket watch. This made the wristwatch increasingly popular after the 1st World War.

A granddaughter of one of the ladies-in-waiting auctioned this pocket watch; this is how we obtained it for our collection. There is also a silver edition of this watch; these were probably given to minor persons at the court.

Furthermore, a pocket watch was made in memory of the wedding of Princess Juliana & Prince Bernhard in 1937 and one to commemorate the inauguration of Queen Beatrix in 1980. 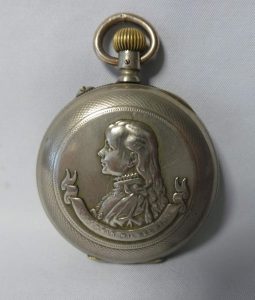 Pocket watch from 1890 with a portrait of the young queen Wilhelmina.

Pocket watch made in 1898 to commemorate the inauguration of queen Wilhelmina. 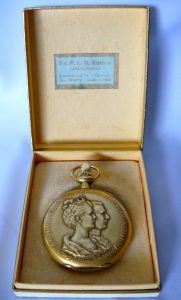 18 carat golden pocket watch made to commemorate the wedding of queen Wilhelmina 1901. 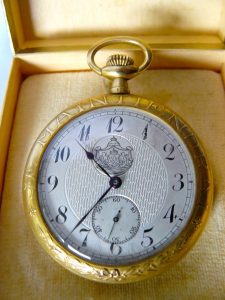 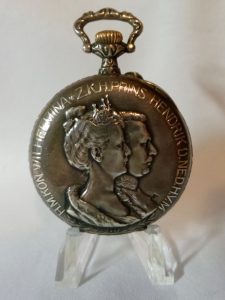 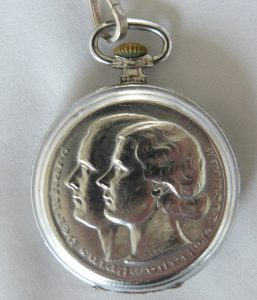 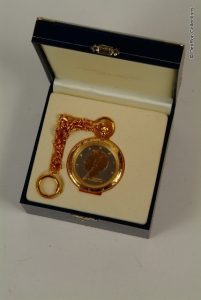