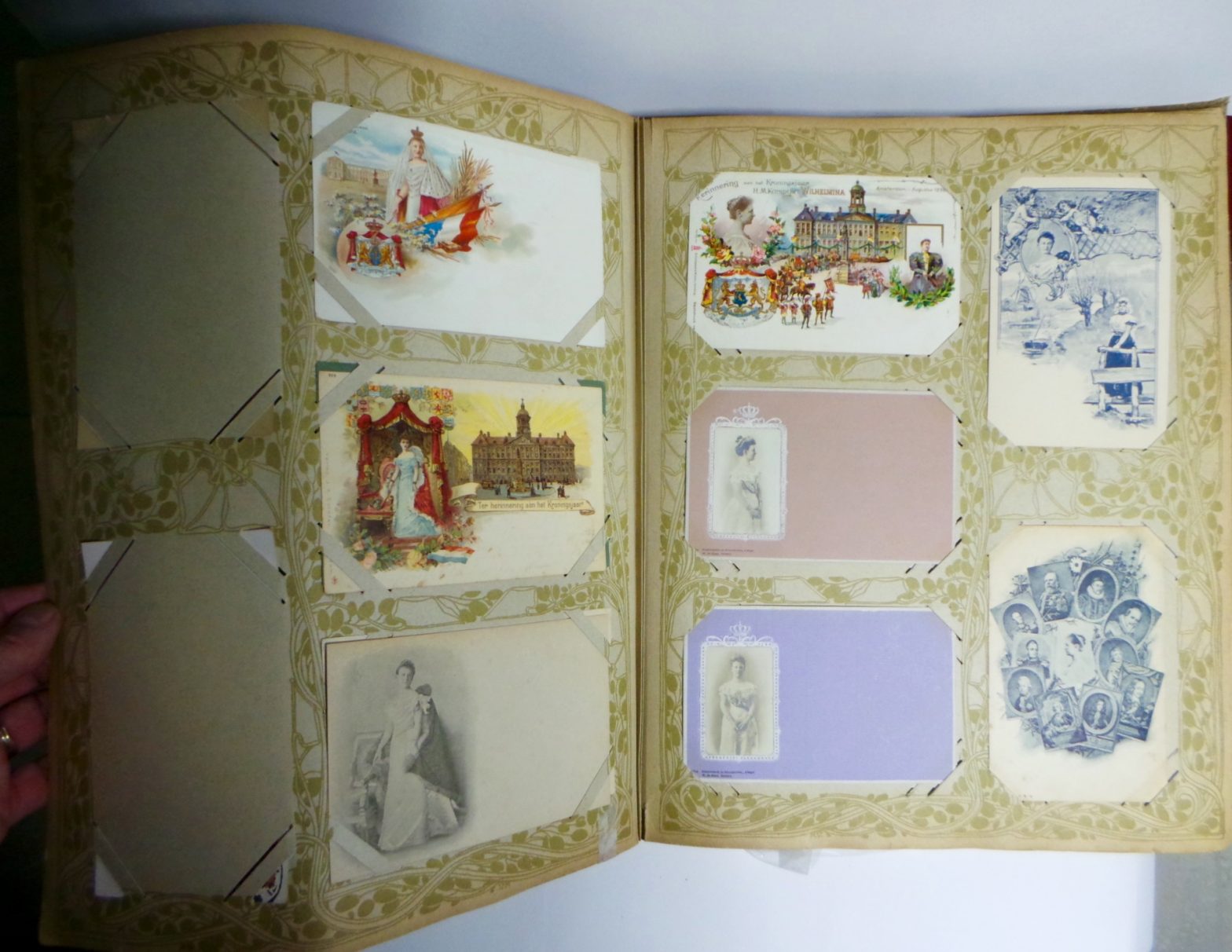 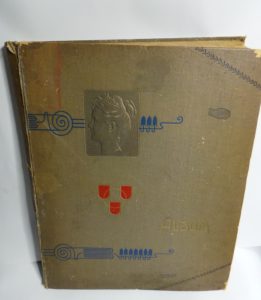 Queen Wilhelmina postcard album 1898In 1869 the first postcard was issued by the Austrian government. They were only intended to write a message and had no pictures on them.

Later in 1871 the first card with a picture on it was sent in Vienna.

In 1890 cards were made with a picture of the Eiffel tower on them, this was the start of the souvenir postcard. Late 1800 the first photo postcards came on the market.

At first you were only allowed to write on the front of the card. The reverse was only for the address; this is why many of the older cards have messages written on the front. From 1907 cards had a divide on the reverse, this enabled the front to be used exclusively for the design, while the reverse was divided so that the left was for writing messages and the right side for the address. Most postcards then were printed in Germany.

In a short time collecting postcards became one of the worlds greatest hobbies.

The postcards of Queen Wilhelmina we have in our collection are historical cards, these were made for historical occasions and/or famous persons.

Many postcards were made of Queen Wilhelmina especially for her inauguration in 1898, her wedding in 1901 and for her jubilee’s. Some came decorated in glitter or rhinestones to make them more special. A special Wilhelmina album was issued to keep the postcards safe.

Two rebus card sets were made of Queen Wilhelmina. These sets had 6 different cards, but when you put them together they became one picture.

One set is from her wedding in 1901, the other is from the World War I call up of troops in 1913. The Netherlands however remained neutral and didn’t go to war.

The cards with a squeaking mechanism in the card are very rare, they squeak when squeezed.

Even today postcards from the Royal family are popular collecting objects and are still made in large numbers.

Her some examples from our collection: 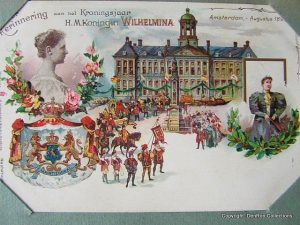 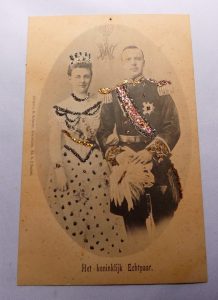 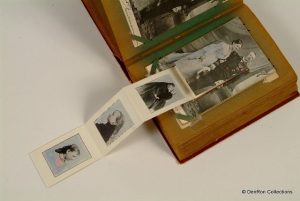 Postcard from 1901.
This card opens to reveal a series of small photo’s of Queen Wilhelmina. 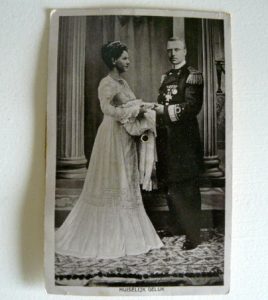 Card with squeezing mechanism, squeaks when squeezed. Made in 1909 for the birth of princess Juliana. 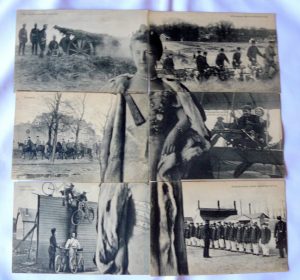 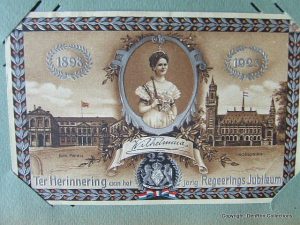