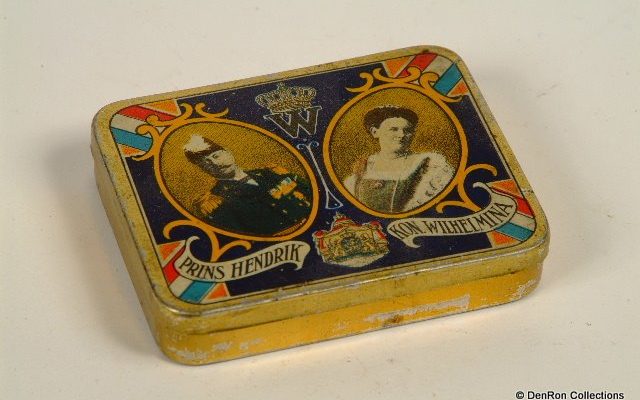 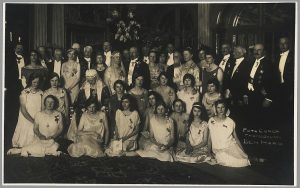 Wilhelmina & Hendrik with their guests to celebrate their silver wedding anniversary

In February 1926 Wilhelmina and Hendrik celebrated their silver wedding anniversary. They could look back on a marriage with many ups and downs.
In the beginning, Wilhelmina was madly in love with Hendrik, but it is known that from 1914 onwards they no longer shared the bed together.
Hendrik was not involved in anything and apart from a few honorary functions, did not have much to do. He filled his days with hunting, drinking cards, and extra-marital affairs.
It is known that Hendrik has fathered several illegitimate children. Some had to be bought off and since Hendrik was financially dependent on Wilhelmina, he had to borrow a lot of money to get out of trouble. As a result, he had debts of almost 2 million guilders that were mostly repaid by Wilhelmina.
To get a grip on Hendrik’s actions, Wilhelmina appointed police commissioner Francois van ‘t Sant as his supervisor. From that moment on Hendrik could not do anything without the permission of Wilhelmina. Probably for these reasons, their silver wedding was not celebrated as extensively as the silver jubilee of Wilhelmina a few years prior.The couple decided to celebrate in private with family and some guests. Some official photos of the silver wedding couple have been made and various commemorative souvenirs have also come on the market, but not as massively as with the silver jubilee of 1923. Here are some examples: