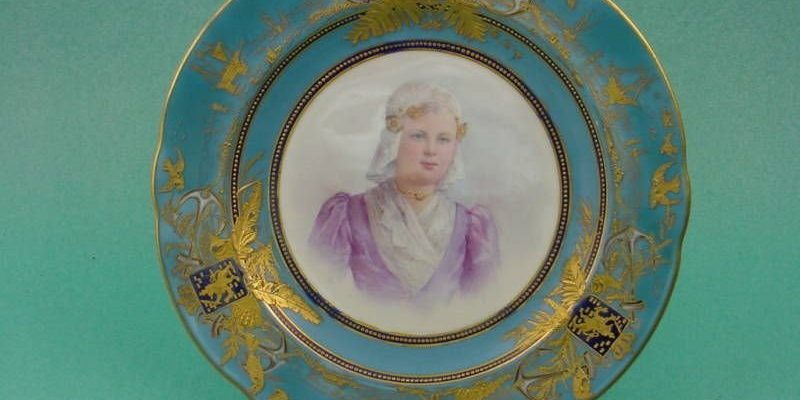 This plate began its life at the end of the 19th century in the porcelain factory of Sèvres France. In 1740, with the support of Louis XV and Madame de Pompadour, the porcelain factory was started in the castle of Vincennes. Between 1753 and 1756 a new factory was built in Sèvres and the production moved there. Not long after, the factory came into Royal hands and used the name manufacture royale de porcelaine de Sèvres. This name was used until the French revolution. After this the factory came into the hands of the state.In addition to household porcelain, the factory also made high-quality products for decoration. Most famous are the beautifully painted vases, but also plates etc were made with stunning decorations. Artists were hired for the designs and paintings. The young Queen Wilhelmina appealed to the imagination of many people and also received a lot of attention in the foreign press. Images of her, among other things, in Frisian costume went around the world. Similarly in France, this may have been the reason for the factory to make a plate with a portrait the young Queen in Dutch costume.

A beautiful plate with a hand-painted portrait surrounded with golden decoration and the Dutch Lion. The plate then began a long boat trip to Philadelphia in America. It was imported by Wright Tyndale and van Roden. They were importers and sellers of high-quality porcelain glass and earthenware. They had a store at 1212 Chestnut Street in Philadelphia from 1880 to 1922.

About eight years ago we came across this plate on an American auction site and were able to buy it for our collection and so this time the plate started the journey back by plane to Europe and to the Netherlands where it belongs. 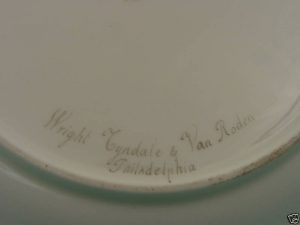 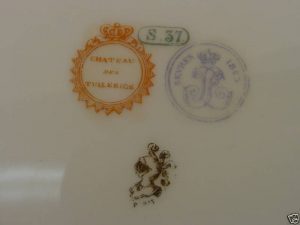 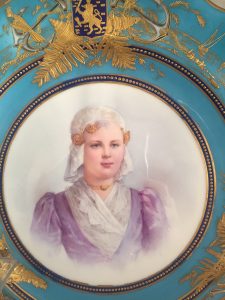