The House of Orange and Queen victoria

DenRon Collections > History > The House of Orange and Queen victoria 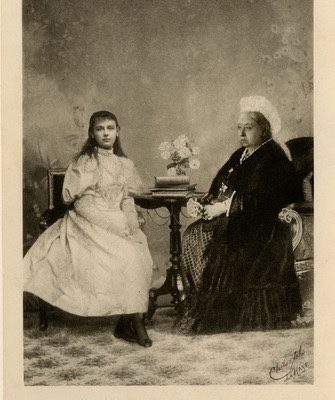 The Netherlands was still a young Kingdom when Victoria became queen of the United Kingdom in 1837 at the age of 18.

The eldest son of our King Willem I studied in Oxford and fought with Wellington as an adjutant, in the battle of Waterloo. His father wanted his heir to marry Princess Charlotte, daughter of the future King of England and niece of Victoria, but Crown Prince Willem did not want to, nor did Charlotte and she later married Leopold who, following her death, would become the 1st king of The Belgians.

Victoria liked him and in 1847 Willem gave her a painted portrait of himself.

The sons of King Willem II attended a ball organized by Victoria’s mother in 1836.

Willem II wrote about this: “There was a ball at court last night and my children Willem and later Alexander danced with Princess Victoria, small in stature but nice to see”.

Victoria herself wrote in a letter to her uncle that she thought that Willem and Alexander looked very ordinary and absolutely unlovable.

The bond between Willem (later King Willem III) and Victoria did not improve after this. 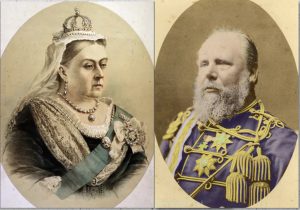 At the end of 1848 Willem traveled incognito to England to visit his mistress but the English court was soon informed and William had to pay a visit to Victoria, this took place on January 25, 1849. They visited the theater together and had dinner. .

King Willem III would have liked his son Wiwill to marry Victoria’s second daughter Alice, but Victoria did not want this.

The 1st wife of Willem III, Queen Sophie, liked Victoria very much and they had a good relationship. 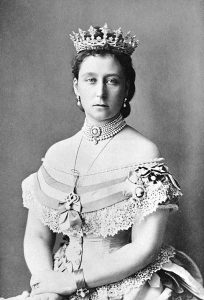 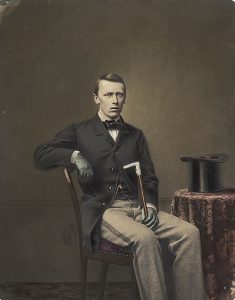 The 2nd wife of Willem III, Queen Emma, also met Victoria and after their visit Victoria said about King Willem, “He has changed and all thanks to her”. The difficult relationship improved when a son of Victoria Prince Leopold married the sister of Queen Emma in 1882. Helena van Waldeck-Pyrmont. Willem III accompanied her to the altar with the bride’s father. 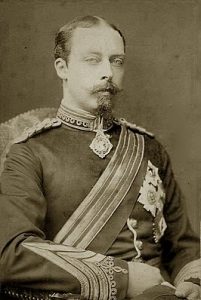 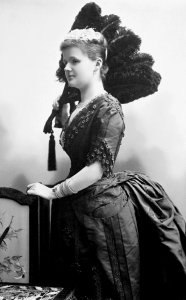 When Victoria was 71 years old Wilhelmina became queen at the age of 10 and later when Wilhelmina was 15 she went with her mother to England where they were received by Victoria at Windsor.

Victoria wrote in her diary that Wilhelmina had her hair hanging loose; she looked slender and graceful, spoke good English and left a good impression.

The next day every newspaper wrote about this visit. Victoria entertained the young queen  with Scottish bagpipe players and gave her a mirror installation as a gift.

A trick photo of the visit was later published with the youngest and oldest queen of Europe. 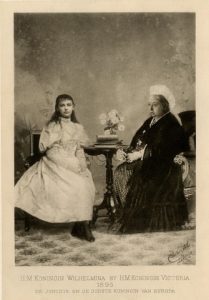 Here some Queen Victoria souvenirs from our collection: 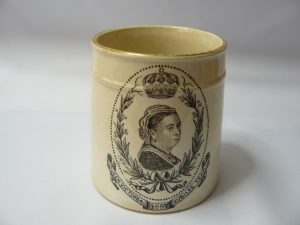 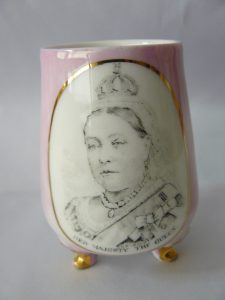 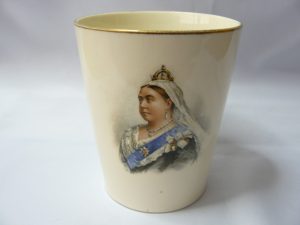 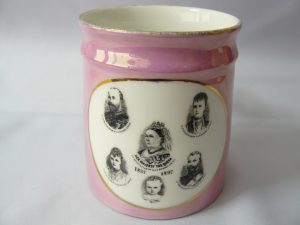