The invention of paper goes back about 2000 years in China during the Han Dynasty. It is logical that not long after something was devised to keep the papers together and that is how the paperweight was created.

The oldest known paperweights were made of Jade and were shaped like animals and mythological figures.

In the 18th and 19th centuries, the paperweight became increasingly popular outside of China.

In 1822, the word paperweight was first used in an auction listing in the London newspaper The Times.

Around 1830 the first paperweights were made in Bohemia and around 1845 they were also made by a famous glassblower in Venice. After this, more and more followed, as also large French glass factories such as Baccarat started making paperweights. Some were true art objects and can now yield hundreds of Euros. Most are made of glass, but other materials were also used. So by the end of the 19th century the paperweight was extremely popular.

When the young Queen Wilhelmina came to the throne in 1898, it was not surprising that several paperweights with her image on it came onto the market.

Also in 1926 a paperweight was made for the silver wedding of Queen Wilhelmina & Prince Hendrik.

For years now the paperweight has not really been used for what it was originally intended for, especially since the digital era, but as a collector’s item it has always remained popular. There is even a large paperweight collecting association in America with hundreds of members.

The youngest paperweight with a Dutch Royal connection was made in 2002 for the wedding of now King Willem-Alexander and Queen Máxima. 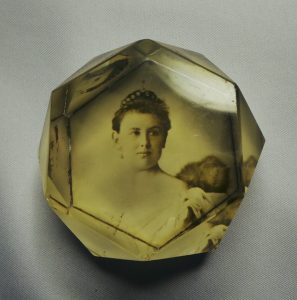 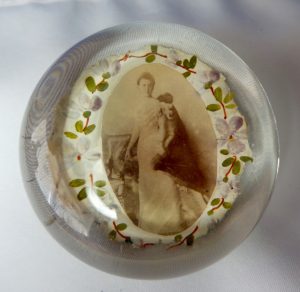 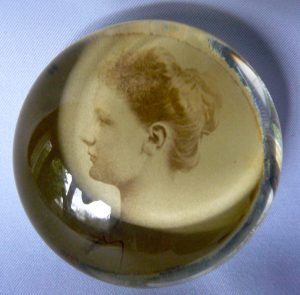 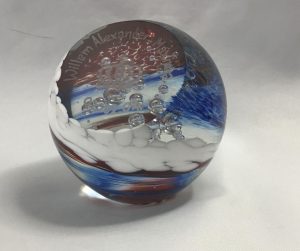 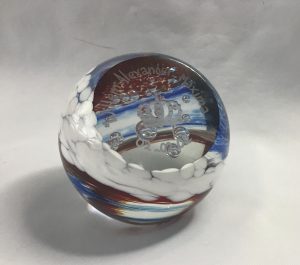 Glass paperweight made in 2002 to commemorate the wedding of now King  Willem-Alexander en Queen Máxima.