THE BIRTH OF PRINCESS JULIANA 1909 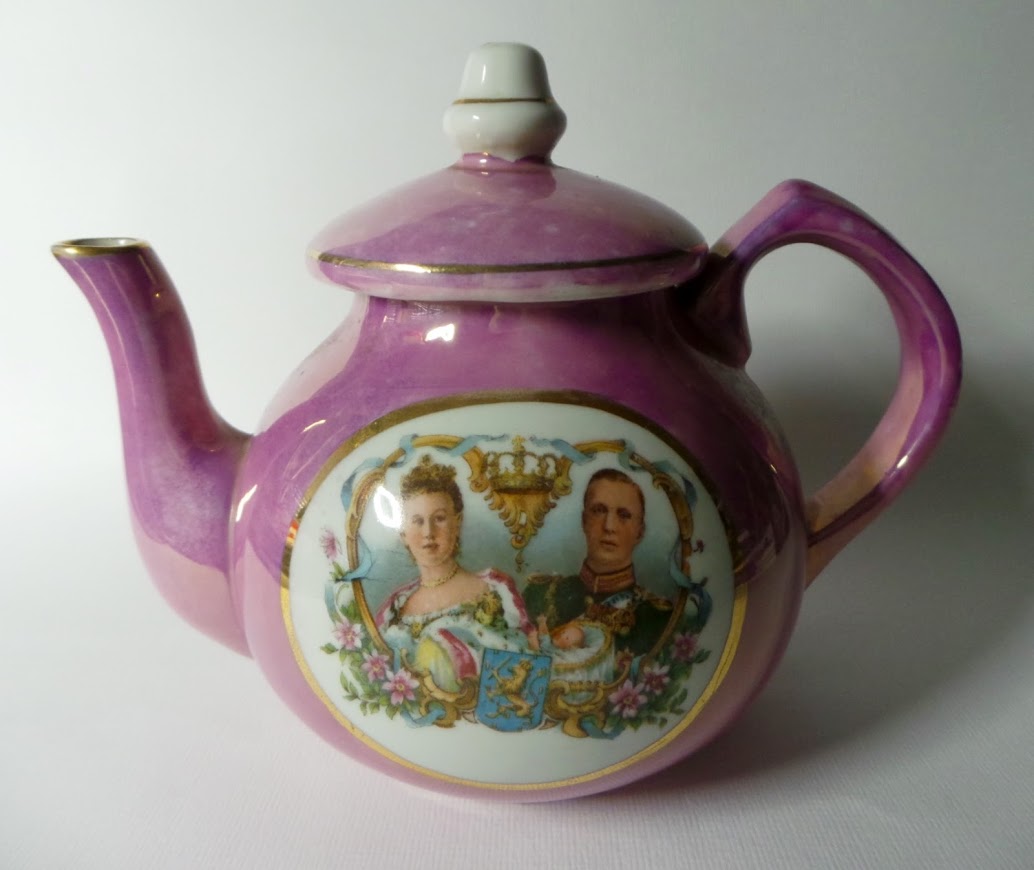 THE BIRTH OF PRINCESS JULIANA 1909

Following her marriage to Prince Hendrik people hoped that a baby would soon be born.

However after several years the couple drifts apart and still no baby.

The Queen found out that her husband was not the man she married. He vacationed frequently abroad and there were stories of him having affairs and of his alcohol abuse.

These were obviously reasons for a lack of a royal pregnancy.

Wilhelmina wanted desperately to become a mother and realized how vital it was that she produced an heir to the throne for the country.

The people were very excited but also fearful that things could go wrong again.

The Dutch folk were relieved. The dynasty was safe.

There were many celebrations everywhere in the country.

A plethora of commemoratives were produced and they sold like hotcakes. Many had the famous photo printed on them of mother and baby.

The little princess was named Juliana after the mother of Willem of Orange, the founder of the Dutch Royal House of Orange. Juliana was baptized on the 5th of June at the Willems church in the Hague. She became Queen of the Netherlands in 1948 and abdicated in 1980.

Here are some of the commemoratives made for the birth: 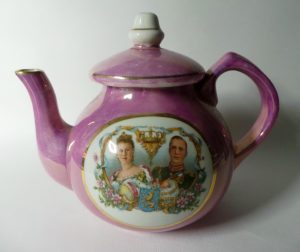 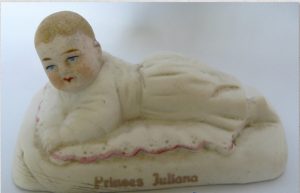 3 beakers with mother and child 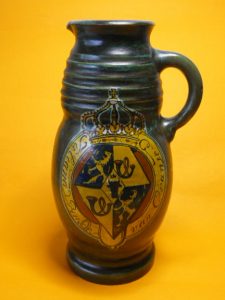 water jug with coat of arms and text JULIANA PRINCESS OF ORANGE made for her birth by Zuid Holland of Gouda. 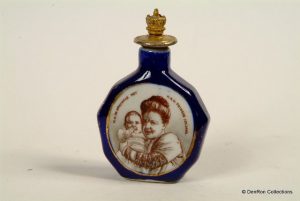 perfume bottle made by Boldoot one of several different shapes