Visit of Queen Wilhelmina to the province of Friesland in 1892 en 1905.

DenRon Collections > History > Visit of Queen Wilhelmina to the province of Friesland in 1892 en 1905. 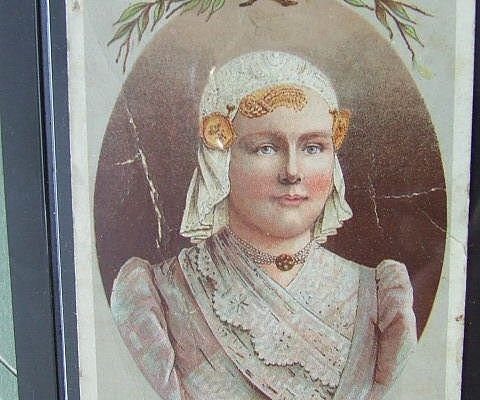 After the death of her husband King Willem III, Queen Regent Emma thought that the appearance of the Royal Family should be improved. She did this by, among other things, taking her daughter Queen Wilhelmina on a tour through all the provinces of the Netherlands, so that the people could get to know the young Queen. Of all those visits, the multi-day visit to Friesland in 1892 is the most memorable. On June 20th both Queens arrived by train at the station of Sneek. This was followed by a driving tour through the city decorated with flags, to arrive at the town hall where the Orange company appeared on the steps of the town hall to greet the thousands of people who came to see them.
In the afternoon the Queens made a trip by steamboat across the Sneekermeer.

From the boat they followed the sailing competitions that were being held. During this visit, young Wilhelmina was offered a Friesian costume by eight thousand Friesian girls and women. Wilhelmina made a gesture to the Friesians on the advice of her mother by appearing in the costume when she attended a horse race, much to the delight of the Friesian population. Later on April 27, 1893, she was extensively photographed in this costume. These photos were distributed throughout the country and also postcards with this image appeared. 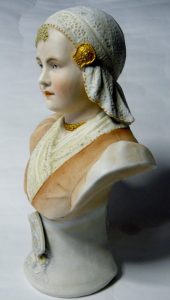 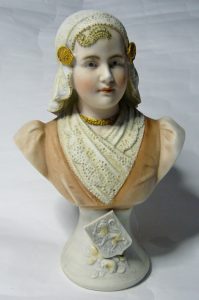 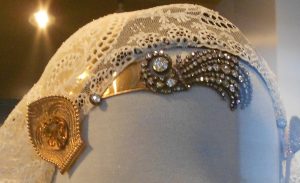 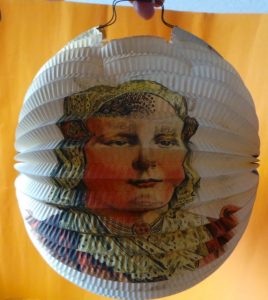