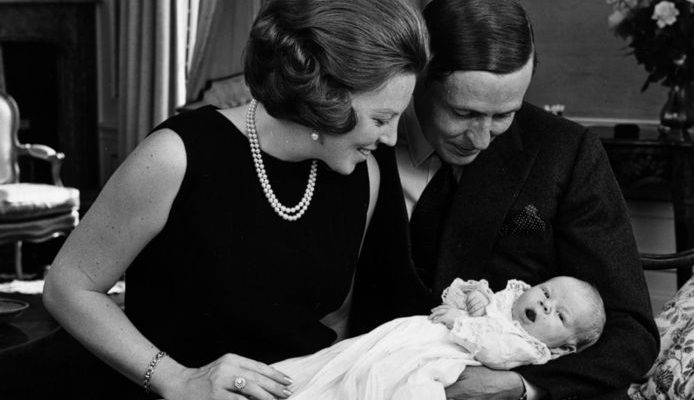 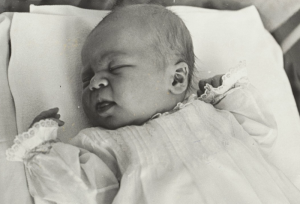 In October 1966 it was announced that Princess Beatrix was expecting her first child.

On April 25, 1967 it was reported that Princess Beatrix had been admitted to the Academic Hospital in Utrecht. Two days later the time had come and at 19:57 hours a prince was born by Caesarean section. Queen Juliana and Prince Claus were anxiously waiting in the coffee room next to the operating theatre. After 116 years, the Netherlands had once again, a future king.

In the evening, according to tradition, 101 salutes were fired at the Lage Vuursche, home of the princess. After the 52nd shot they knew it was a prince, as 51 shots would have announced the birth of a princess.

Outside the hospital a large crowd of people had gathered and were celebrating exuberantly. It was so busy that the court car with Juliana could not get away without police escort. 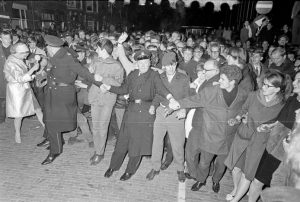 At Drakesteyn Castle (home of the royal couple) it was also very busy and presents were offered at the palace gates.

The next day prince Claus recorded a video message in which he proudly told about the birth of his son. The newspapers spread the news on their front pages and the shops were able to start selling the many souvenirs that had been made in anticipation. 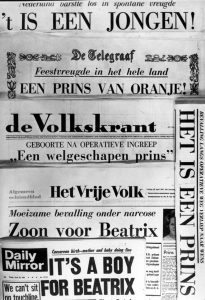 People had to wait for the name of the prince, which was announced on May 2nd during at the town hall of Utrecht. The prince was named Willem-Alexander, Claus, George, Ferdinand, prince of Oranje-Nassau and Jonkheer van Amsberg.

Here are some of the souvenirs made in memory of this event. 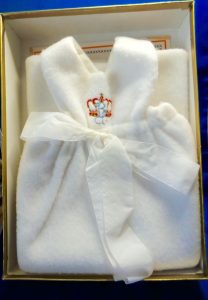 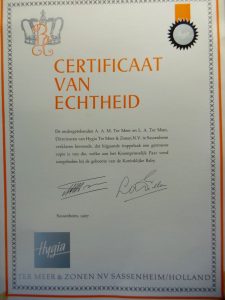 Copy of baby sleeping bag  which was given to princess      Beatrix 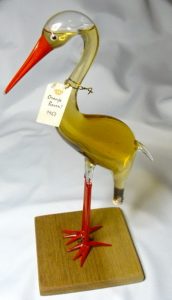 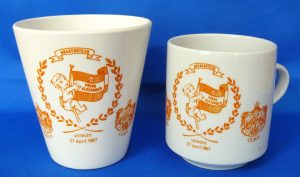